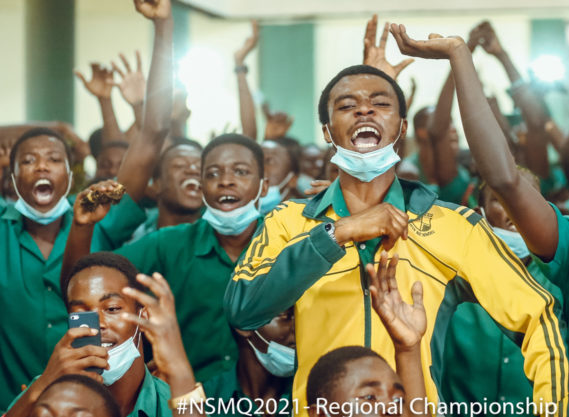 The 2021 National Science and Maths Quiz (NSMQ) is already buzzing with many surprises and exciting contests from the preliminary stage.

At the end of the prelims, which took place in eight zones across the country, 16 schools that could not qualify in the prelims but had higher scores were categorised as best runners-up.

Since only 15 schools were needed to join the qualified ones, a tiebreaker contest was held.

These schools will join the 39 prelims winners and the 27 NSMQ 2020 seeded schools for the one-eighth stage. Is your school in good standing?

The One-eighth Stage to the Grand Finale comes off from November 12 to November 26, in Kumasi at the Kwame Nkrumah University of Science and Technology (KNUST).

The KNUST campus will be the battleground to determine which Senior High School will clinch the coveted trophy and the bragging rights as champions of science and maths education in Ghana.

The Ashanti Region is regarded as one of the NSMQ powerhouses with six trophies, the second-highest after the Greater Accra Region.

Related Topics:eighthFORNSMQ 2021: Here are the 15 best runners-up qualifiedONEstage
Up Next