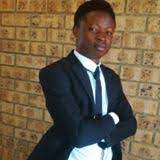 Most Ghanaian celebrities don’t know how to use social media positively and wisely, a renowned journalist – based in South Africa has said.

According to Mr. Solomon Ogyem, many celebrities take advantage of social media and post unpleasant things which do not have a positive effect on the youth and the country at large.

“If I sit down and analyse the recent trend in Ghana’s entertainment industry, I feel nauseating. Why should Xandy Kamel take her marital issues to social media? Are her followers wiser than the families who accepted the marriage?  If you have marital issues, don’t come and sit on social media and spread your news because you have followers, it is a disgrace to her family and the entertainment industry” he told thepressradio.com.

Ghanaian actress Xandy Kamel has taken her marital issues to another level as she has invoked curses on her husband Nana Kwaku Mensah Kaninja.

In a video sighted online by GhPage, Xandy Kamel rained curses on her husband for accusing her of being a lesbian.

He added that, many Ghanaians youth particularly, females want to become celebrities through naked videos, photos and profane words because their role models are doing the same.

“Look at Akuapem Poloo, Oboy Siki a lot of them do not make social media and the entertainment industry attractive” Mr. Ogyem fumed.