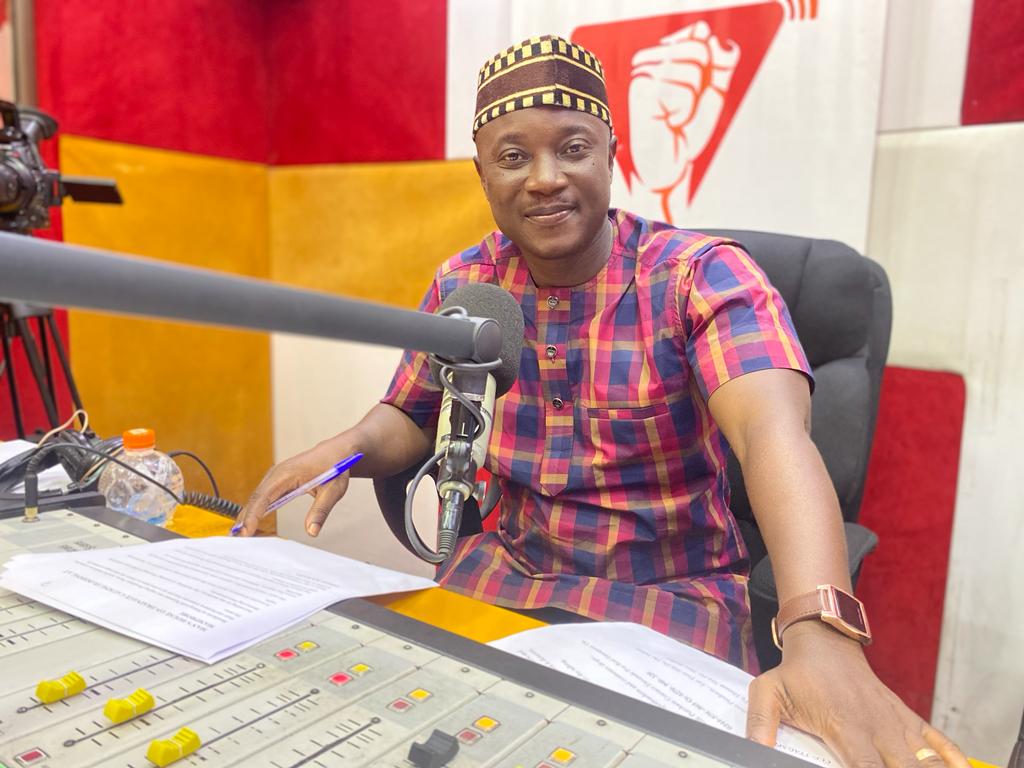 Award-winning broadcast journalist and News Editor of Power 97.9 FM, Daakyehene Ofosu Agyeman says he believes his wise report during the 2020 elections could earn him an Award during the 11th RTP Awards.

According to Daakyehene, he deserves the Reporter of the year because his matured way of handling an incident at the Electoral Commission (EC) during the 2020 elections deserve that Award.

“I was at EC on 9th Dec, 2020 to attend a press conference by the commission only to be told at the gate that Power Fm was not invited and imagine Mugabe Maase was the host at that time and they were calling me for an update” he explained.
Daakyehene speaking on Power Midmorning Show in an interview with Agyeman Nie continued that “ I asked the EC official whether he knows what could happen if I go on air and say Power Fm isn’t invited, I was calm and told my host that the presser hasn’t started and thank God it didn’t take place there and they told us to move to the Accra International Conference Hall” he added.
The Reigning Radio and Television Personality (RTP) Awards, Radio Newscaster of the year Local language (2020) has been nominated in the same category for the 2021 Awards.
He qualifies for the News Editor as well as Reporter of the year Awards.

Daakyehene is also the reigning champion of Ghana Media Personality Awards Male Newscaster of the year 2021.

He is a versatile broadcaster, who combines his role as News Editor and Newscaster as well as reporting especially at the Court.

Daakyehene became a household name during the 2021 election petition, where he reported from the Supreme Court to give vivid update on proceedings.

Based on his outstanding achievements in both reading news and court reporting, Daakyehene Ofosu Agyeman believes his hard work in the industry in the year under review will earn him an award.

Big Events Ghana, organizers of the prestigious Radio and Television Personality (RTP) Awards has announced nominees for the 11th edition of the awards scheme.

The list which was released on Friday, 27th August, 2021 saw some of Ghana’s biggest names in the media space competing for various awards.

The 2021 Adonko RTP Awards which is scheduled for November, 6 and promises to be full of excitement on the awards night.

The Radio and Television Personality (RTP) Awards are an annual awards ceremony designed to celebrate radio and television personalities who have excelled in the field.

Related Topics:RTP AWARDS: My Wise Reporting during Election 2020 can earn me an Award - Daakyehene
Up Next