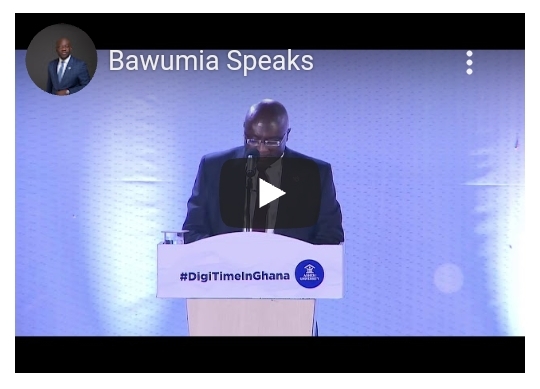 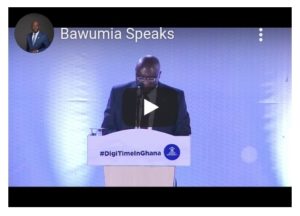 Dr. Mahamudu Bawumia, the Vice President of Ghana has credited the Akufo-Addo government for creating more job opportunities for Ghanaians than any other administration since the 1992 constitution was promulgated.

According to Bawumia since the arrival of the fourth republican constitution, no administration can be compared to the current government when it comes to job creation.

Delivering an address at Ashesi University on the topic ‘Transforming An Economy Through Digitalisation: The Ghana Story’, the vice president without offering numbers made the statement as part of some major accomplishments he holds that the government has chalked in the last five years.

Bawumia also disclosed that the government has managed the economy prudently with the indicators showing positive signs.

“I will be speaking about our economy. Notwithstanding the impact of the COVID-19pandemic on prices, government revenue and our debt levels, we have achieved so much over the last five years in areas such as: Creation of jobs: more than any government in the 4th Republic, reducing Inflation from 15% to near single digits, achieving the lowest exchange rate depreciation for any first-term government in the 4th Republic, and most likely, the lowest exchange rate depreciation in 30 years by the end of the year, among others” he said on Tuesday November 2, 2021.

Bawumia declared further that the government has set up more companies than any government since Ghana gained freedom from the British in 1957.

“Stimulating industrialization from the ground up through One District One Factory. More factories have been set up than under any other government in the history of Ghana,” Dr. Bawumia stated.

The Vice President also dismissed assertions that he has abandoned the economy to focus on digitalization.

He explained that digitalization is part of measures that ensure that the economy is well-managed.

Source: www.ghanaweb.com
Related Topics:.4THANYbawumiacreatedGOVERNMENTHAVEjobsMOREREPUBLICthanunderWe
Up Next