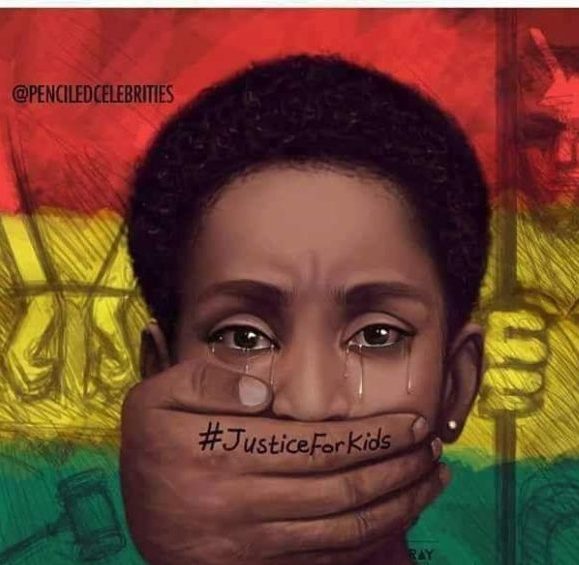 A 27-year-old man has been sentenced to 18 years imprisonment for defiling and impregnating a 13-year-old junior sister of his fiancee.

The Koforidua Circuit Court ‘B’ Presided by His Honour Kwame Polley, convicted Felix Mensah, a porter after he pleaded guilty to the charge of defilement.

The Prosecuting officer, Chief Inspector Benard Annor told the court that, the complainant in the case is a 27-year-old fiancee to the convict with whom he has four children with.

On December 8, 2020, the victim, a basic school pupil visited her sister to spend the academic vacation.

However, on the night of her arrival in the house, the convict sneaked to have sexual intercourse with the victim while the fiancee was asleep in the same room.

According to the victim, she felt that someone was having Sexual intercourse with her whilst asleep. The accused quickly covered her mouth with his hand and threatened to kill her if she disclosed the incident to her sister.

The convict repeated the act using the same modus operandi. Out of fear, the victim did not disclose her ordeal until she missed her period and upon interrogation confided in her biological mother.

The victim was sent to the hospital to conduct a pregnancy test which tested positive.

The mother of the victim accosted the convict with the allegation which he admitted the offence.

He was subsequently summoned by both families and was directed to compensate the victim and perform some traditional rites to pacify the family.

Out of Shame, the fiancee walked out of the relationship while the convict bolted to Accra.

The victim was taken care of by the mother until she successfully delivered on August 10, 2021.

The ex-fiancee of the convict later reported a case of defilement to the Domestic Violence and Victims Supports Unit (DOVVSU).

He was arrested by the Police and after investigation charged with defilement and arraigned before Court.