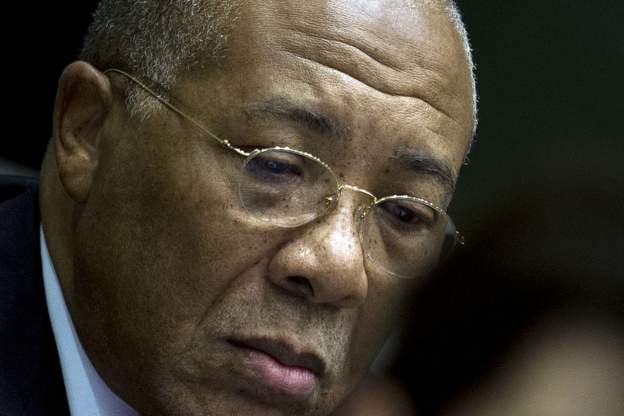 Those close to ex-Liberian President Charles Taylor are pressing for his constitutional benefits which, the family says, have not been paid by the authorities since he stepped down under pressure and went into exile in Nigeria in 2003.

Taylor, 73, is serving a 50-year jail sentence in the UK for supporting rebels in the decade-long civil war in neighbouring Sierra Leone.

His family has filed a complaint at the court of the West African regional body, Ecowas, to ensure that the Liberian government is made to pay up what it owes.

The former chairman of Taylor’s National Patriotic Party, Cyril Allen, said in a radio interview it was right to turn to the regional court for redress because successive post-Taylor governments haven’t shown interest in paying the ex-president’s benefits.

“The issue of President Taylor demanding his benefit is law – it is not the value of the money, it is the law. It is an entitlement,” Mr Allen, now an ally of President George Weah, said.

“The best the government could do in this instance is to negotiate,” he said.

“Yes the economic situation in the country is not the best but the person must be given due respect, there must be some negotiation and discussions relative to the law,” Mr Allen added.

A member of the Taylor defence team told the BBC before the family headed to the Ecowas court they had “argued the case before the full bench of the Supreme Court in 2014 and 2018 but there has been no ruling” to date.

An official of the court said he was going to “check the court docket” to know the status of the Taylor case.

VIDEO: Facebook rebrands to Meta: All you need to know