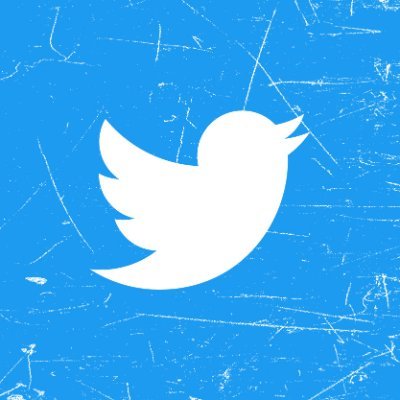 Enjoy the recap from #TwitterGhana trends and news making highlight this week that you might have missed.

The National Science and Maths Quiz (NSMQ) has Tweeted about the start of the competition’s
preliminary stage which promises to be as thrilling as ever, with the usual crop of sharp, entertaining contestants. Over the years, the NSMQ has been known for promoting the study of mathematics and science, through lively, often nail-biting competition between various high schools. You can join in the
conversation on #NSMQ2021 for regular updates.

1 Day to the start of #NSMQPrelims

Follow and join in #NSMQ2021 on all our social media pages.#Primetime pic.twitter.com/GOFbA2tzAA

Another exciting edition of the reality TV music competition #MentorX is just getting started and
Ghanaians are already loving it. The 16 finalists have been unveiled and will be competing week after
week till the finale. For 15 years, host station TV3 has given young Artistes an opportunity to make
their dreams a reality through the show. Follow #MentorX and stay tuned in to regular Tweets announcing airing dates.

8PM tonight is another opportunity to watch the amazing discovered talents do what they do best.

Strongman to drop his EP TheTape

Noted Rapper Strong Man Burner is set to release his new single ‘Girl No’ from his EP “The Tape” on
Friday 29 October. He collaborated with Producer Tubhani Muzik and two rising Ghanaian Musicians,
Kweku Flick and Kofi Mole, on what he calls his favorite track from the #TheTapeEp.

#ShattaIsBack was trending on Wednesday as popular DanceHall Artiste Shatta Wale was granted bail following his recent arrest on charges of The Publication of False News and Causing Fear and Panic, to which he has pleaded not guilty. Leading drinks manufacturer Kasapreko shared a Tweet in support of Shatta Wale – their brand ambassador – drawing a positive response from the #ShattaMovement
fanbase.

Hearts of Oak knocked out of CAF Champions League after 6-1 defeat to WAC.
On Monday morning #Hearts was trending. Top football club Accra Hearts of Oak were knocked out of
the CAF Champions League, following a decisive 6-1 defeat by Wydad Athletic Club at the Mohammed
V stadium in Morocco. Many took to Twitter to share their reactions. Here is a Tweet from GTV Sports+,
and commentary Tweeted from Sports Journalist Oti Adjei.

A very sad story which has still not ended. 😬#GTVSports#CAFCL pic.twitter.com/YMgSw7t9SU

That was humbling in Casablanca for Hearts of Oak. Very humbling and laden with lessons in how far our best are from the best on the continent.

#Barcelona was trending on Wednesday evening. FC Barcelona travelled to the Spanish capital to take
on Rayo Vallecano and were keen to bounce back from Sunday’s 2-1 defeat to Real Madrid in El
Clasico. Following their 1-0 defeat however, the Club shared a Tweet relieving their coach Ronald
Koeman of his duties. Ghanaian football fans and news channels like TV3 and YEN took to Twitter to
Tweet their reactions.

This goes down in history as United’s worst ever home defeat against their bitter rivals. It is also United’s first home loss to nil by five goals. There was a huge reaction from fans and sports channels whose Tweets kept fans up to date.

Related Topics:Barcelona DefeatNSMQ 2021 Prelims and many moreThis Week on #TwitterGhana: Strongman EP Tape
Up Next