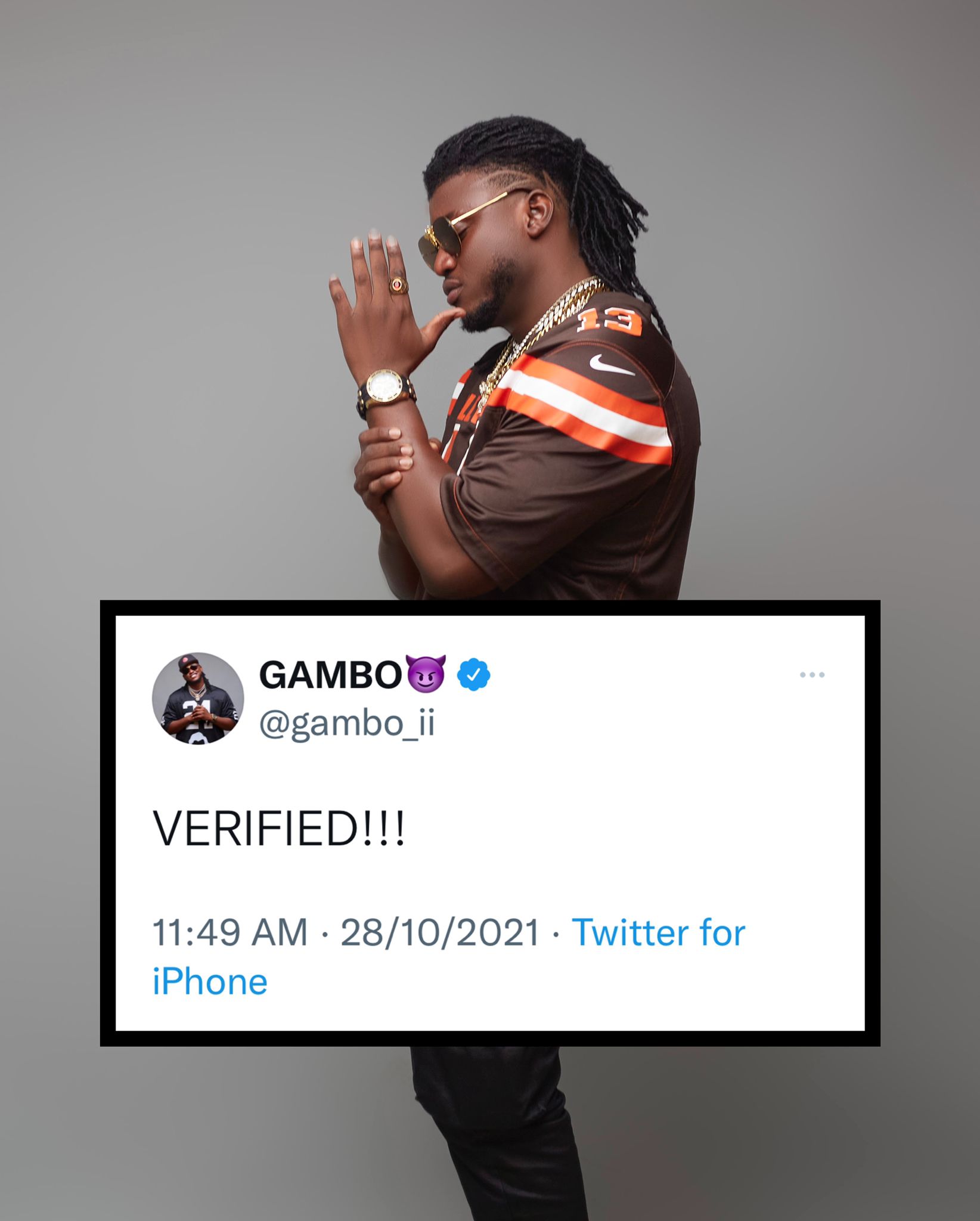 His verification comes after he topped trends for months on the microblogging platform.

The controversial but talented rapper is well known for setting Twitter and Instagram ablaze with his songs, especially videos and opinions on the music industry in Ghana and relationships.

He is also well known on Twitter and Instagram as one of the Ghanaian musicians who spreads cash and produces world-class music videos.

His Twitter and Instagram verification comes few weeks after he released the official video of his song titled: ‘We Move’. The colorful video features musician Strongman.

‘We Move’ is one of the classic tunes off Gambo’s ‘New Era’ Extended Play (EP).

For ‘We Move’ video, Gambo as usual did what he knows best, maintaining his record as the producer of quality music videos in Ghana.

Gambo recruited the services of some of Ghana’s finest musicians on his New Era Extended Play.

The ‘New Era’ EP was launched on June 18, 2021 and saw Gambo featuring the likes of veteran rapper, Ayigbe Edem, Strongman, Medikal and Sefa.

Only one out of five tracks off the “New Era” EP is featureless. The EP is dominated by current trending stars in Ghana.

The premiere attracted several A-list artists, with live performances from Kechi and others. ‘Drip’ was the first song off Gambo’s Extended Play. The banger is available on all major streaming platforms including YouTube, Audiomack. 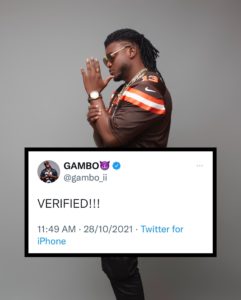 Dating Around The World: The New YouTube Series Trying To Debunk African Stereotypes