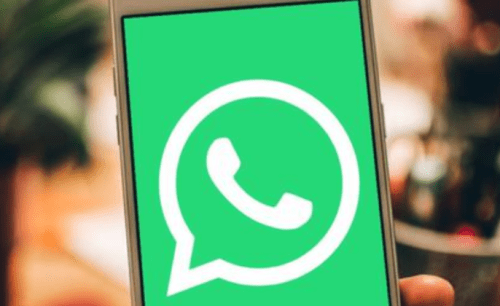 WhatsApp will stop working on some Android and iOS devices from November 1.

The Facebook-owned messaging app keeps updating its software requirements regularly and shares it on its Help Centre.

Starting from November 1, WhatsApp will only be compatible with devices running on Android OS 4.1 and above, iOS 10 and above or phones running on KaiOS 2.5.1 or above, which include the JioPhone and JioPhone 2.

If you wish to check the operating system version that your phone is running on, you can visit the ‘Settings’ on your device and tap ‘About Phone’ to find out.

If you are using an older version of Android or iOS, you can update it to the latest version easily.

But there are some devices that will not support any further updates and WhatsApp won’t be compatible with them.

It is highly unlikely that you still own any of these devices since most of them are at least 10 years old.

If you own any of these devices, it’s time you upgrade it to keep using WhatsApp.

Here are all the devices WhatsApp will stop working on from November 1.

With Apple slated to release iOS 15, iPhones starting with iPhone 6s or newer will receive the latest version of iOS.

iPhone 5 and newer can also be upgraded to iOS 10 and are compatible with WhatsApp’s current requirements.

Older devices that won’t be able to use WhatsApp after two months will be iPhone 4s and older.

As per a report in Metro news, the older Android devices that won’t be able to use WhatsApp include smartphones from Samsung, LG, Huawei, Sony and others.

Here is a list of all the Android devices that will become outdated for WhatsApp.

If you own any of these ZTE devices, you won’t be able to use the WhatsApp messenger. These include, the ZTE Grand S Flex, ZTE V956, Grand X Quad V987 and Grand Memo.

Other Android devices that will not be compatible with WhatsApp include HTC Desire 500 and Lenovo A820.

If you use any of these smartphones and are active on WhatsApp, we are sorry to say that you will need to upgrade your device to continue using the app.

To prevent losing your chats, you can take a backup in Google Drive or iCloud depending on the device you are using.

You can also transfer the WhatsApp messages from Android to iPhone by following these steps.

‘Remember me in your prayers’ – Bed-ridden Afia Schwarzenegger begs fans