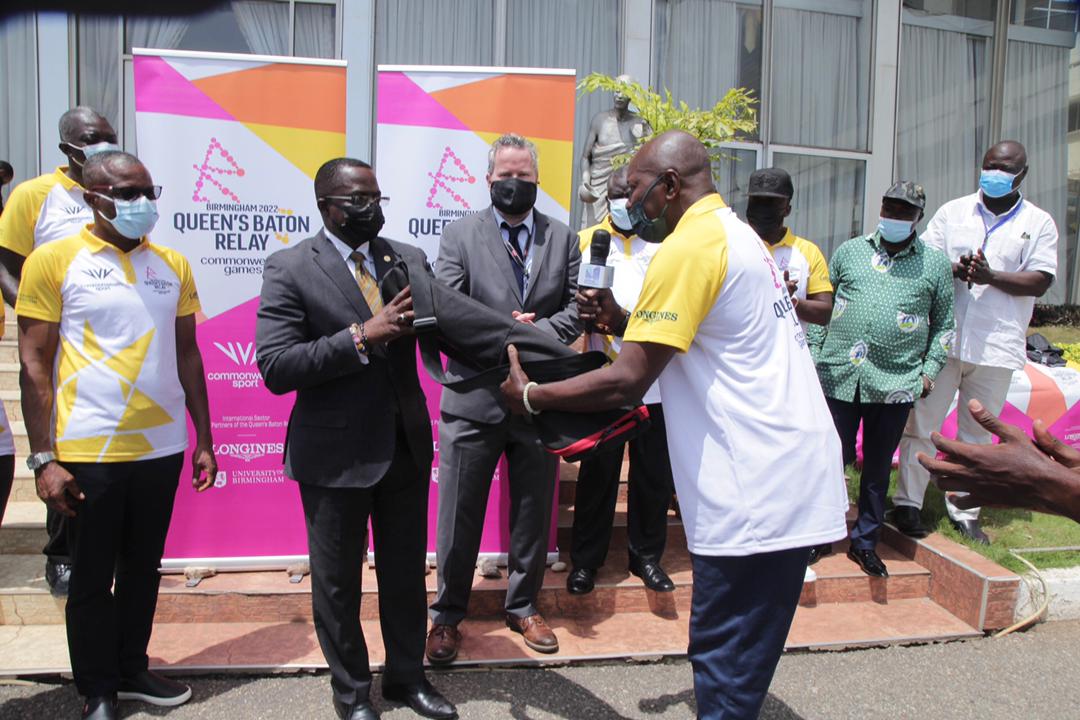 The Queen’s Baton Relay has successfully touched down in Ghana ahead of the Commonwealth Games in Birmingham. The Baton was brought from Sierra Leone by Alie Gibril Koroma.

His Excellency President Nana Addo Dankwa Akufo-Addo will be the first baton bearer.

The President of the Ghana Olympic Committee(GOC) has hinted that the Arrival of the baton signifies an exciting moment in thr lead up to the Commonwealth Games in Birmingham. 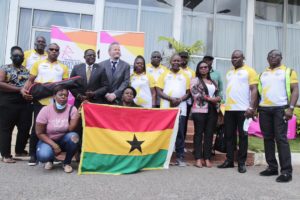 “It is fantastic to have the baton arrive in Ghana, reaching the 6th country destination out of the 72 Commonwealth nations and Tettitories it will be arriving at”.

According to him, the baton’s destination started from Cyprus, Malta, Nigeria, The Gambia, Sierra Leone, and now Ghana which will be the 3rd West African country to receive the baton.

The Queen Baton will visit the Manhyia Palace (the seat of the Asante King), Bonwire (Home of Nana Yaa Asantewaa and our prestigious kente) etc. 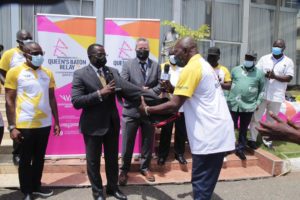 The Baton with its royal message was dispatched by Her Royal Majesty Queen Elizabeth the 2nd from Buckingham Palace on 7th October 2021, with its first stop in Cyprus.

The Baton will tour all the 72 Commonwealth nations and Territories and then arrive back in England at the Opening ceremony of the Commonwealth Games Birmingham 2022, where Her Royal Majesty will take out her message and read it to the whole world.

Ghana is the 6th Country the Baton is visiting on its way to the rest of the remaining 66 Countries and Territories.

Related Topics:Queen's Baton Relay Arrives In Ghana
Up Next