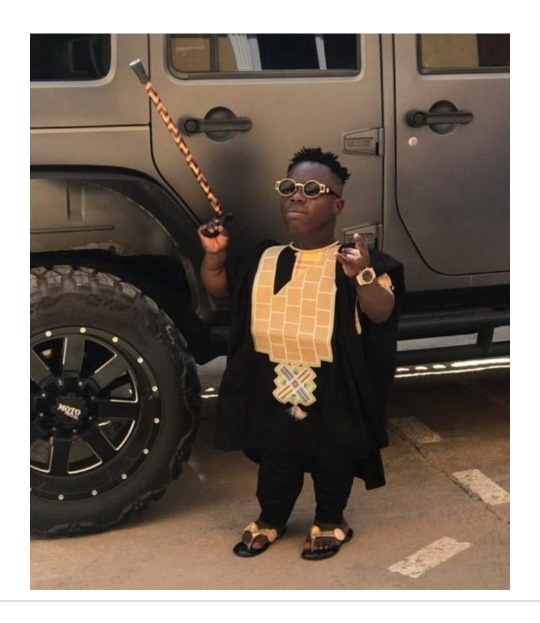 Self-styled young billionaire, Shatta Bandle, is mingling with persons in the upper echelon and the latest to join his train is Dr Mahamudu Bawumia.

Shatta Bandle came face-to-face with the Vice President at his Walewale residence where the funeral rites of his late mother, Hajia Mariama Bawumia, were held.

The socialist, real name, Firdaus Iddrisu was there to mourn with Dr Bawumia.

In a photo shared on social media, the two, who were observing the ‘nose mask’ protocol, were in each other’s arms.

Shatta Bandle had a smile on his partially covered face while Dr Bawumia looked at him with admiration.

This was in fulfillment of Shatta Bandle’s wish of having political acquaintances, having met with Ibrahim Mahama, the brother of former President John Mahama.

Other notable persons the socialist has met with include Nigerian superstars Davido, Psquare and D’Banj.

#FreeShattaWale: NAM1 is chilling in East Legon mansion while Shatta is in prison over stunt – Bridget Otoo