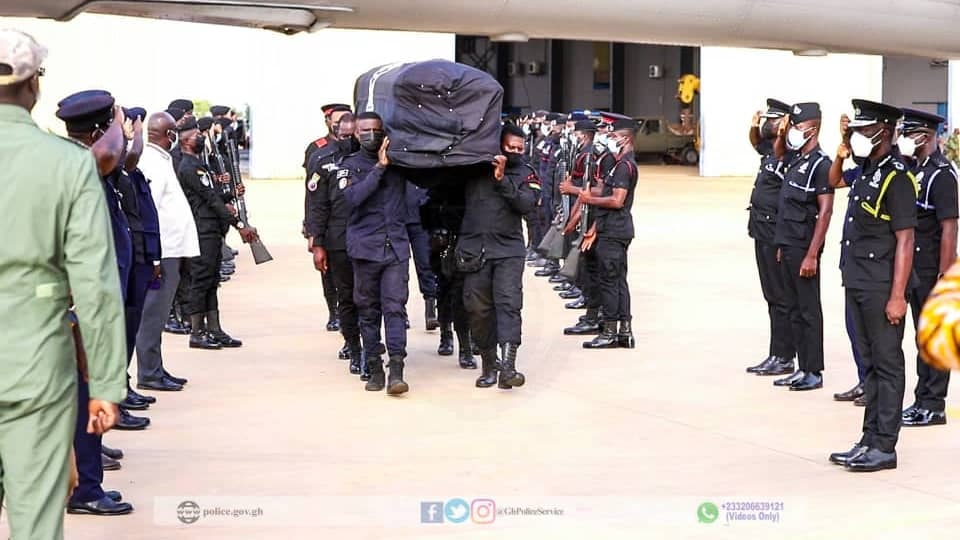 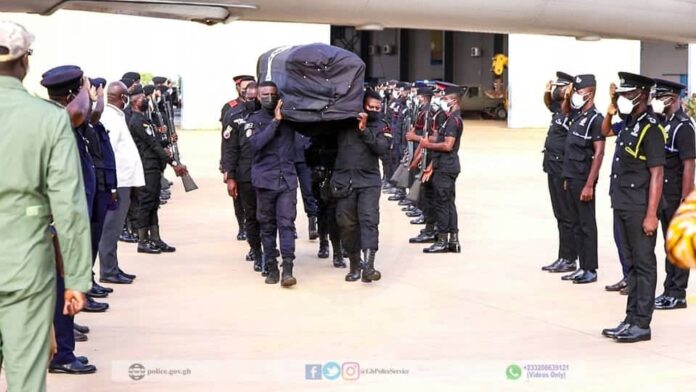 The remains of the two Police Officers who lost their lives in the fatal accident along the Walewale-Bolgatanga road were airlifted to Accra, last night, Friday, October 22.

A special ceremony and Police parade were held at the Tamale Airport in the Northern Region before they were brought to Accra.

The Inspector-General of Police, Dr. George Akuffo Dampare, and other senior officers flew into Tamale yesterday morning for the exercise.

The bodies were received in Accra by some members of the Police Management Board, led by the Director-General Administration, COP Mr. Christian Tetteh Yohuno, and other Senior Police Officers together with the bereaved families at the Airforce Base about 1830hrs.

Three injured officers were also airlifted in the morning of the same day to Accra for further medical care.