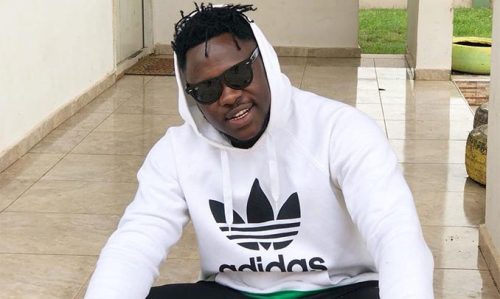 Rapper Samuel Adu Frimpong known in the music world as Medikal has been remanded into prison is custody for illegally brandishing a gun in public.

The ‘La Hustle’ singer was seen in a video on social media brandishing a gun and was subsequently arrested by the police and held in custody.

He was hauled before an Accra Circuit Court charged with one count of displaying arm and ammunition in public to which he pleaded not guilty.

His lawyer Emmanuel Yeboah Gyan had pleaded with the court to grant the accused person bail pending the trial.

But the prosecution led by Chief Inspector Dennis Terkpetey opposed the application saying the case was still under investigation and the accused when granted bail will interfere with investigations.

The court presided over by His Honour Emmanuel Essandor in his ruling took into consideration the right and safety of the larger society as against that of an individual and remanded Medikal into prison custody.

Master KG flexes different, say he was overcharged because of his whip