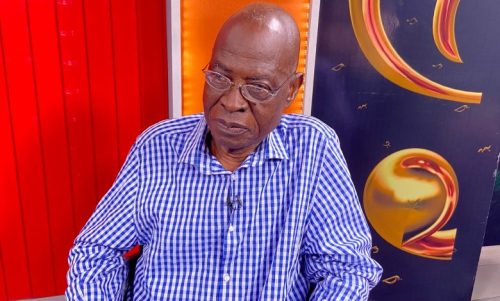 Veteran actor William Addo popularly known as Akpatse, has revealed that he will regain his sight before he dies.

According to William, he believes he will be the last miracle God will ever do on earth.

Speaking with faith he said; “I have faith that I will regain my sight one day, I may be the last miracle God will make on Earth and I will move from Volta Region and show it to you.

In an interview with Agyemang Prempeh on the “Legends” show on TVXYZ the veteran disclosed that he strongly believes that he will regain his sight someday.

”Thats the feeling I always have and I strongly believe that I will gain back my sight before I die”, he added.

He continued ”My family, especially my wife always encourages me that I will see again”

He was once a lecturer in charge of acting at the Theatre Arts Department of the School of Performing Arts, University of Ghana

He shot to fame through the popular TV drama series, ‘TV Theatre’.