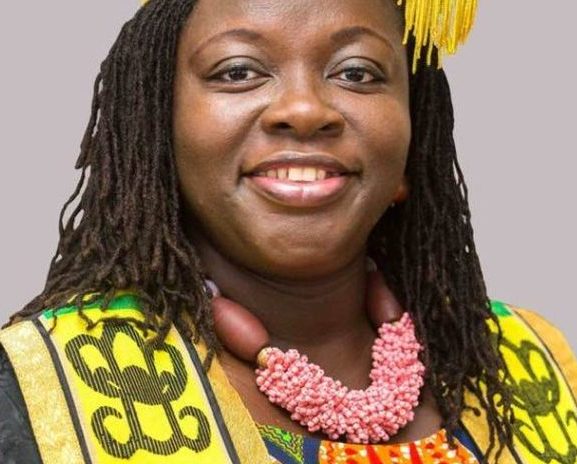 Professor Nana Aba Appiah Amfo has been confirmed as the Vice-Chancellor of the University of Ghana.

This follows a decision by the University’s Council on Wednesday, October 20, 2021. Her tenure takes effect from October 26, 2021.

Prof. Amfo, a professor of Linguistics, is, thus, the first female to ascend to the high office of Vice-Chancellor of the University of Ghana.

Prior to her confirmation, Prof. Amfo served as the acting Vice-Chancellor of the nation’s premier university, from August, 2021. Before then, she was the Pro Vice-Chancellor in charge of academic and student affairs.

The news of her confirmation has so far been greeted with excitement from both current and past students of the university, who have hailed her sterling leadership potentials and exceptional administrative prowess.

Having been confirmed as the university’s Vice-Chancellor, Prof. Amfo will be expected to supervise the day-to-day activities of the University, as the chief disciplinary officer in addition to other administrative responsibilities.

Her tenure as Vice-Chancellor will span a maximum duration of five years, after which she may retain her position or be replaced accordingly.

An alumna of the University of Ghana, Professor Nana Aba Appiah Amfo had her secondary education at Holy Child School and Archbishop Porter Girls’ Secondary School.

She proceeded to the University of Ghana from 1991 to 1996 for a Bachelor’s degree in French and Linguistics. Both her MPhil (2001) and PhD (2007) degrees in Linguistics are from the Norwegian University of Science and Technology in Trondheim, Norway.

Professor Amfo is currently an Advisory Board member of the Coalition of People Against Sexual and Gender-Based Violence and Harmful Practices (CoPASH) – A UNFPA supported programme.

She is a member of several professional associations including the Society of Communication, Medicine and Ethics, International Pragmatics Association (where she serves on its Consultation Board; the first African to serve in this capacity since the Association’s establishment in 1986); West African Linguistics Society and Linguistics Association of Ghana (where she served as President from 2010 – 2014); a pioneer fellow, senior scholar and Chair of the Steering Committee of the African Humanities Program of the American Council of Learned Societies.

She is also a fellow of the German Academic Exchange Services, Commonwealth Professional.