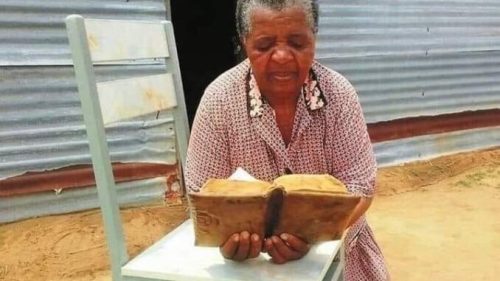 An SA gogo revealed the secret of how she remained a virgin. Malisebo Lebuso believes sex is a demon and she fights it with the Bible!

She revealed that she has turned down numerous proposals from different men.

‘I do have feelings but when they come, I just take my Bible and pray for that temptation to go away, the Old lady said

The 68-year-old from Victory Farm near Clocolan in the Free State told Daily Sun she won the battle against sex and is still a virgin.

Read her full statement below:

“I have had hundreds of men asking me out in my life and I turned them all down.

I lived with my sister, who died 2 years ago, and we both abstained from sex.

I do have feelings but when they come, I take out my Bible, kneel and pray for the temptation to go away,” she says.