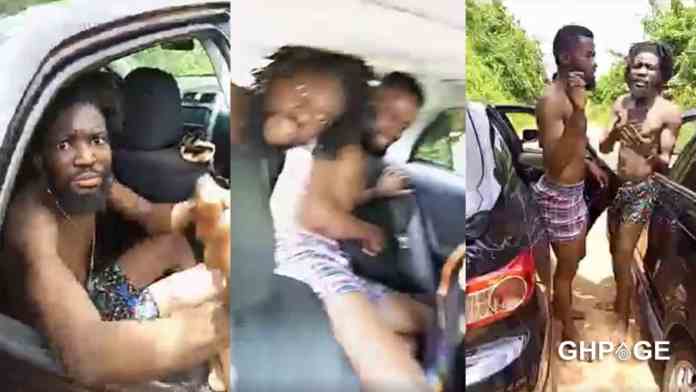 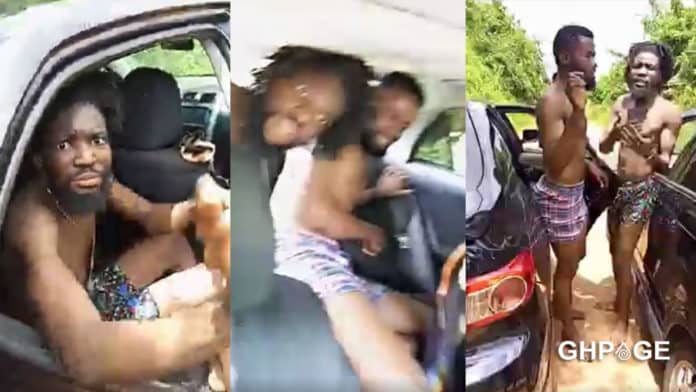 Two suspected Ghanaian homosexuals shamelessly having sex at the back seat of a vehicle along a busy road have been caught and exposed.

A video going viral on social media sees the young men suspected to be gays busily having a good time as they threw caution.

They were nabbed by a lady and her male friends who were driving by and detective their suspicious act. They quickly confronted the men and began interrogating them.

While many have expressed their disgust over the action of the men in the video, others have also challenged its authenticity as it appeared to be staged and recorded for the trends.

Watch the full video below.

The video comes at a time a number of Ghanaian Member’s of Parliament led by Honourable Sam George is rallying support to pass an anti-LGBTQ bill that promotes proper Ghanaian family values.

Earlier, a video of three gay couples having sex in a room popped up online.

The persons who chanced upon them were seen humiliating him as he tried to protest why he was being recorded alone while the two others were spared.

The suspected gay defended himself saying his choice of sexuality does not concern anyone and that he could do whatever that he wants to do.