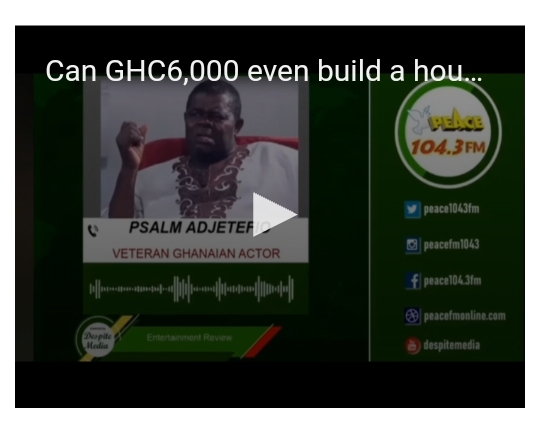 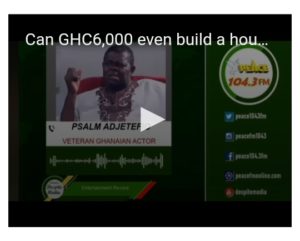 • Psalm Adjeteyfio says Badu Kobi gave him GH¢6,000 to pay for his rent

• The veteran actor indicates in his narrative that Mr. Beautiful lied

Veteran actor Psalm Adjeteyfio popularly known as TT has rubbished claims that he received donations from Prophet Badu Kobi’s church to build a house for himself.

One can recall that in an interview with SammyKay Media, Mr Beautiful revealed that he led TT to Prophet Emmanuel Badu Kobi of the Glorius Wave Church who gave the actor a substantial amount to build a house.

This, according to him, was to help solve the actor’s accommodation issues.

But reacting to the said allegations, TT in an interview with Peace FM’s Kwasi Aboagye established that he was only given an amount of GH¢6,000 to foot his rent bills.

“Initially, I didn’t know Badu Kobi. I have never heard of him and I didn’t just get up to go ask him for money. It was Helen Omaboe who introduced me to him and I never said I needed money to build on a land in Dodowa. I don’t even own a land in Dodowa, it’s rather Ayikuma. Prophet Badu Kobi called me one on one and we had a conversation, I told him how my landlord had increased my rent from GH¢80 to GH¢100. I told him I needed money to pay my rent and not to build a house. Can GH¢6,000 build a house?,” he stated.

According to TT, it’s not the first time Mr. Beautiful had tried to purport lies against him adding that it’s the second time the Kumawood actor has been an impediment.

“Some people don’t own just a tongue. They have a thousand tongues. This is the second time he had lied against me. The first time was when Delay had arranged with her friends to build a house. Mr. Beautiful went behind me to tell Delay that Badu Kobi’s church had already given me some contributions that could build a house,” he added.

Meanwhile, you can watch this week’s episode of Bloggers’ Forum below.

Source: www.ghanaweb.com
Related Topics:000AadjeteyfiobeautifulBUILDCANevenGH¢6HOUSEMRPsalmtackles
Up Next

Wendy Shay says criticisms have made her successful & strong