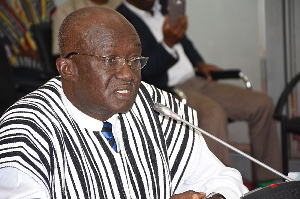 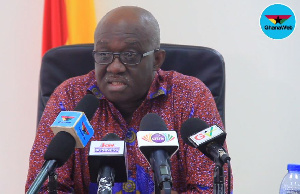 • Joseph Kofi Adda has passed on

• He is said to have died, Thursday dawn

• Kofi Adda, according to sources, was unwell

Joseph Kofi Adda is reported to have died in the early hours of Thursday, October 14, 2021.

According to a family source as reported by mynewsgh.com report, the former Member of Parliament died at the Legon Hospital after a short illness.

But what are some of the things that were prominent about the man who also once served as a Minister of Aviation?

2. He had his secondary education at St. John’s School, Sekondi and obtained a Bachelor of Science degree in politics and economics from Indiana Wesleyan University, Marion, Indiana, United States.

3. He studied for a Master’s degree in International Affairs, specializing in Finance and Banking at Columbia University, New York.

4. Between 1996 and 2000, he worked in various capacities at the Ministry of Finance, Ghana. Adda first became a Member of Parliament in 2003.

5. He was former MP for Navrongo Central Constituency in the Upper East region.

7. In 1989, he obtained a certificate in French and civilization from Sorbonne University, Paris, France.

8. He was appointed the Minister for Manpower Development and Employment by President John Kufuor in 2005.

9. He was appointed Ghana’s first-ever Minister for Sanitation and Water Resources before being transferred to the Aviation Ministry.

10. Under his tenure as Minister of Sanitation, one million toilets were to be built, and Accra made one of Africa’s cleanest cities in four years.