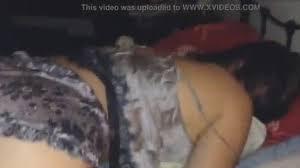 Days after stating publicly that some unknown blackmailers are threatening to release her bedroom video with her boyfriend, Nigerian singer Tiwa Savage has finally had her video leaked.

In an interview, Tiwa Savage revealed that she received the video from the blackmailer who asked for money.

According to Tiwa Savage, she is devastated about the incident but has no plans of paying any money to the blackmailer.

The musician also noted that the video was accidentally posted on Snapchat by her partner who deleted it immediately.

Well, Tiwa Savage’s blackmailers have released her bedroom video online and it’s already causing ‘confusion’ with some netizens expressing shock over the video.

In the video, the ‘Eminado’ hitmaker unclothed sat on a chair with her backside facing her man who gave it to her from behind in a vigorous manner amid moaning.

However, considering the policy of Google governing this noble site, we couldn’t upload the video here but the interesting part is, the video is fast trending and I’m very positive that you will chance upon it if you hunt it.
WATCH FULL VIDEO HERE
Related Topics:BlackmailersFINALLYHERNvdeRELEASESavage’sTiwaVIDEO
Up Next

Gifty Anti narrates how her staff was drugged, robbed in a Kasoa bound bus