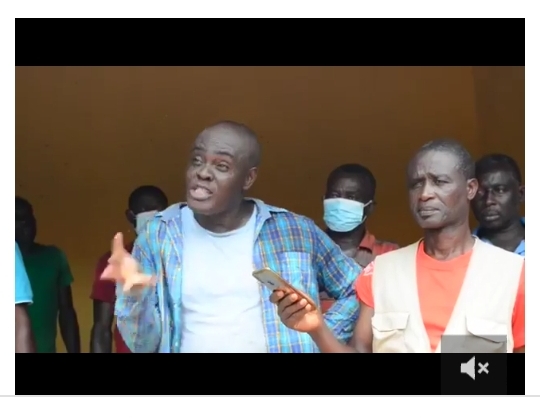 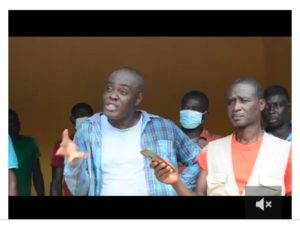 •Dormaahene has vowed to resist the legalization of homosexuality in Ghana

•He has asked Parliament to pass the anti-LGBTQ+ bill

The Dormaahene, Osagyefo Oseadeeyo Agyemang Badu II has launched a scathing attack on the coalition of eminent persons who are opposed to the anti-LGBTQI+ bill.

Nana Agyemang Badu is enraged that highly-educated persons who should be custodians of Ghanaian culture are rather promoting a practice which in his estimation is against the values of the Ghanaian society.

He questioned them about the significance of acquiring knowledge if it does not relate to what in his estimation is wisdom.

“I heard something the other day that broke my heart. Some claim they have been school but they are fools. They are learned but very retarded. They are passing a law against homosexuality and some people are against it,” he said.

The Dormaahene who was addressing his subjects after a clean-up exercise in warned the leadership of Parliament not to consider rejecting the bill.

While commending the Member of Parliament for Ningo Prampram, Samuel Nartey George for his advocacy, the High Court judge who is known in private life as Justice Daniel Mensah warned that the bill has the support of traditional and religious leaders in the country

He warned that there will be dire consequences should Parliament vote against the bill which has the approval of a majority of Ghanaians.

“I’m telling Parliament that if they reject the bill, there will be chaos. I’m cautioning Alban Bagbin, Kyei-Mensah-Bonsu and Haruna Iddrisu not to think that this issue has got to do with only Sam George and a few others. All the chiefs in the country are behind it. Religious leaders are behind the bill.

“A recent survey showed that almost every Ghanaian is against the bill. This is our position and we will not change. We will not allow homosexuality in the country. How would they give birth? If I were Nana Akufo-Addo, I would allow them to marry and give them a year to give birth. If they fail to produce within that period, we will eliminate them,” he said.

According to them, the bill, if passed into law will lead to an abuse of fundamental human rights of gays and lesbians in the country and also give a bad indication about Ghana.

They want the bill withdrawn from Parliament.