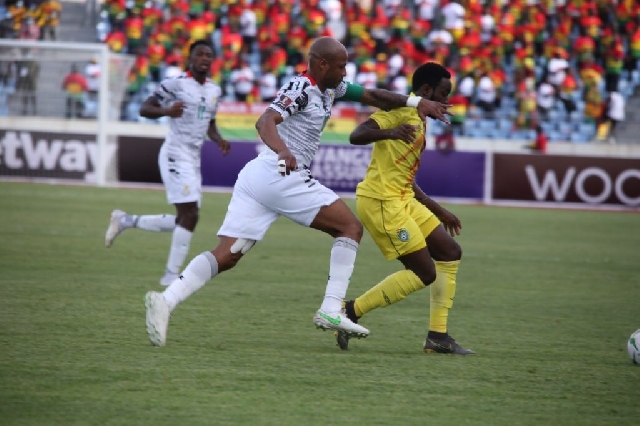 Andre Ayew on the chase

The Blacks Stars of Ghana beat the Warriors of Zimbabwe in Saturday’s FIFA World Cup qualifier at the Cape Coast stadium.

AFC Ajax Amsterdam’s Kudus Mohammed opened the goals for the Blacks Stars in the fifth minute of the first half.

The opening goal was set for Kudus by Jordan Ayew.

A foul committed by RC Strasbourg Alsace defender, Alexander Djiku gave the Warriors a spot-kick which the visitors converted through Knowledge Musona to level up.

Arsenal’s Thomas Partey later added another goal to put Ghana back in the lead.

The Warriors will play host to the Black Stars in Harare on Tuesday for the next qualifier.

Black Stars has a lot of quality players – Emmanuel Agyemang-Badu