Troubled Menzgold Ghana Company Limited has issued a statement claiming that after a careful audit of all claims received from their customers, 80% of which have been completed, about 45% of claims and transactions were fraudulent.

A statement issued by the company and signed by the head of Communications, Nii Armah Amartefio said it was also discovered that the customers supported their claims with incomplete, inconsistent comparative to dates, figures, amounts received as returns on the gold collectibles.

According to the statement, the documents presented reflects dates and periods when the company ay was not in operations and so on.

The company says it also shockingly discovered that some claimants purporting to be indebted to by the company transacted through third parties through unethical means involving Menzgold staff.

Aside from that others also engaged in several cryptocurrency products on sale on the Ghanaian market, with a monthly return on investment (ROI) ranging between thirty and sixty percent.

For this reason, the company has decided to commence the final phase of its audit and take steps to pay customers with genuine transaction documents.

The company further disclosed it would compile a list of all alleged conspirators/persons involved in the irregularities to the Criminal Investigations Department.

It said strategic and significant payments had been made to some deserving customers, and at the appropriate time, they would publish the list of all those who have been paid. 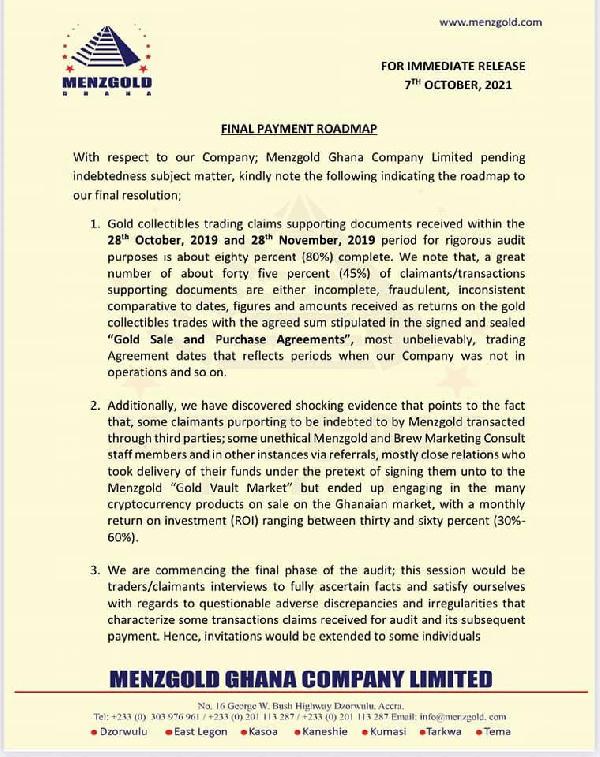 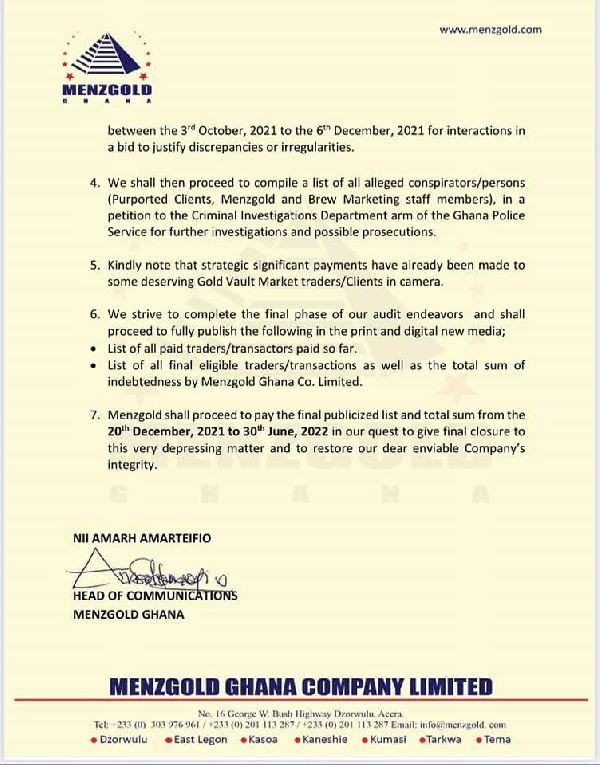 VIDEO: ‘You will receive your locked-up funds in December’ – Menzgold

The market is flooded with cheap Asian buses – Neoplan Ghana