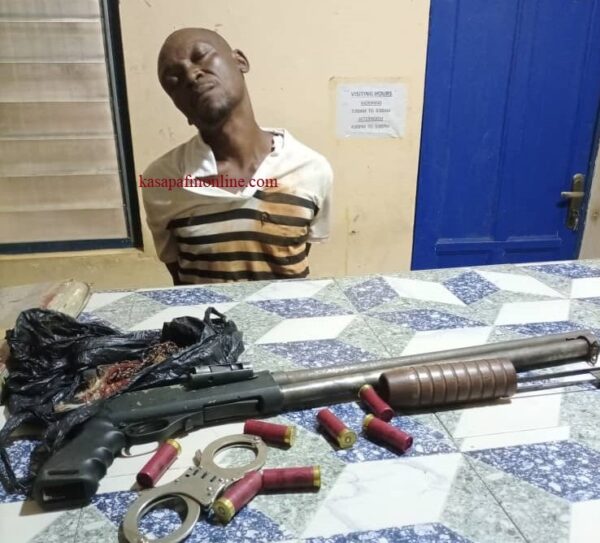 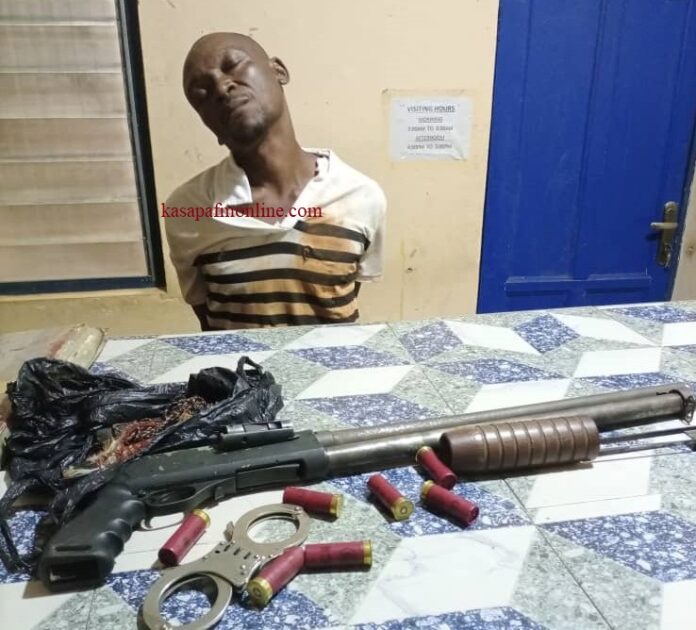 The Sandema District Police Command in the Upper East Region Police has arrested suspect Agriwen Owen at Azim-zim on Sandema-Chuchuluga road with a pump-action gun, seven (7)  AAA live cartridges, and one empty AAA empty cartridge, a Jackknife, one (1) handcuff, and a Talisman.

Police Night Patrol team in Sandema during their duty tour on Monday, October 5, 2021 spotted the suspect in charge of a motorbike at about 2:30am and signaled him to stop but he failed to comply with Police warning.

He was, however, arrested after a hot chase and a search conducted on him revealed the above concealed in a big bag he was holding.

A Police statement said further search in his room in the presence of his niece revealed ash Police Torchlight, one empty cartridge, a police reflector and a piece of Police material with the inscription Ghana.

On that same day, a victim of attempted robbery, name withheld, came to the Sandema Police station about 2:50am and reported that the said suspect attacked him in his house at about 2:00am with a pump-action gun in an attempt to rob him.

Information available to Police indicates that the suspect, Agriwen Owen, a chief of Balansa was dismissed from the Ghana Armed Forces for misconduct and was recruited by NADMO but was again dismissed for alleged misconduct.

The Police in the Upper East Region assure the public of a robust police posture to deal with all criminal activities especially violent crimes including robbery, murder and cross-border crimes in the region.