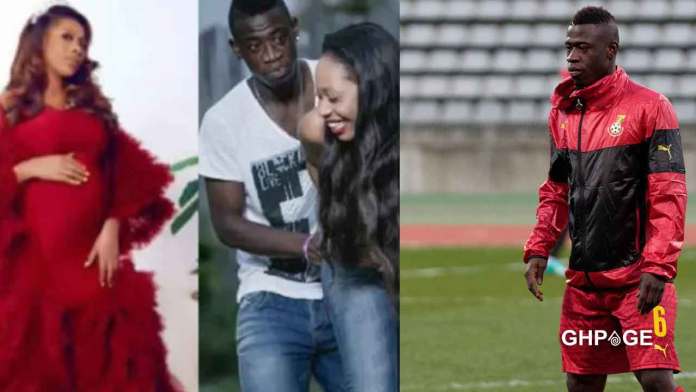 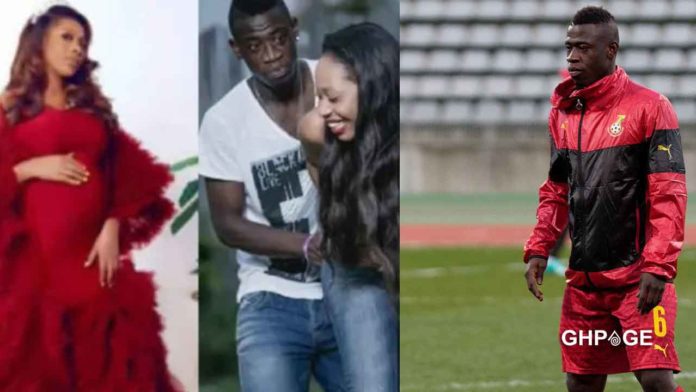 The wife of former Black Star’s midfielder, Afriyie Acquah, Amanda has welcome a baby with Kennedy Agyapong aka KenPong.

The socialite give birth in her new base in Germany, where she settled after breaking up with the Blackstar’s player.

Amanda announced her delivery on Snapchat as she shared photos she took to flaunt her baby bump when she was pregnant.

In the same video, she also shared the latest photos of herself holding her newly born baby.

Amanda and Afriyie were married for a few years before they broke up under ignominious circumstances.

In an interview in 2017, Amanda had revealed that they had separated because Afiryie Acquah was not matured enough for marriage.

The separation came because I needed to give him time to grow and enjoy that life a bit. I can’t be fighting with girls every time. He needed that space to grow. He loves me wherever he is and I love him too,” she said.

Before her marriage to Acquah, Amanda had once been married to Kenpong whom she met as a 17-year-old girl.

After her breakup with Acquah, Amanda and Kenpong managed to patch whatever differences they had and have got back together leading to this new baby