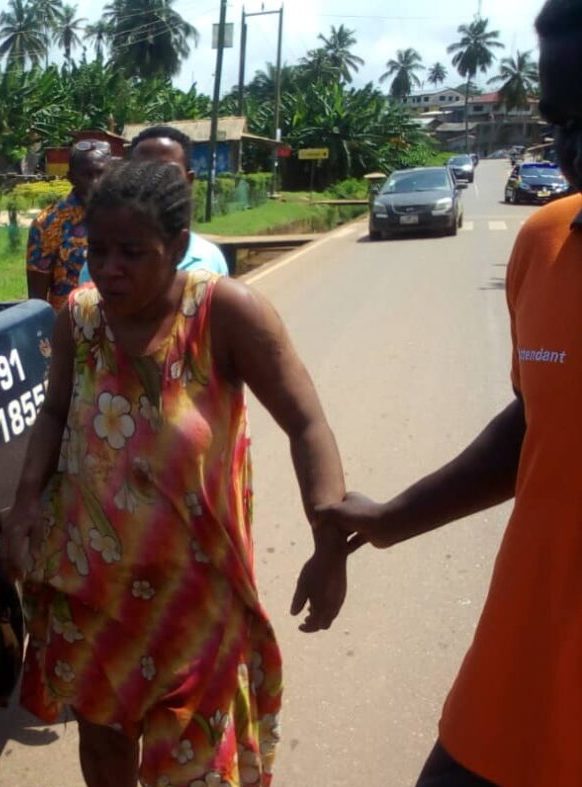 Michael Simons, husband of Josephine Panyin Simons, the twenty-eight-year-old pregnant woman who was allegedly kidnapped in Takoradi says his wife was found without the pregnancy.

Speaking on Takoradi based Empire Fm, he said his wife who herself is a twin was set to deliver before her sudden disappearance on September 16, 2021

He said his wife as of now cannot talk but could only write or sign.

Josephine Panyin Simons was found Tuesday morning at Axim in the Nzema East by a carpenter close to a nearby bush.

According to Michael Simons, his wife could barely talk but wrote her husband’s number on a paper and asked the carpenter who found her to call.

He said he quickly proceeded to Axim without delay and when they found Josphine  she was very frail and weak.

He said they quickly rushed her to Axim the government hospital where later a team of police investigators led by Takoradi divisional police commander, Assistant Commissioner of Police (ACP) Yao Tettehgah stormed the facility to begin with investigations.

VIDEO: Man robs 20-year-old lover after luring her to Navrongo