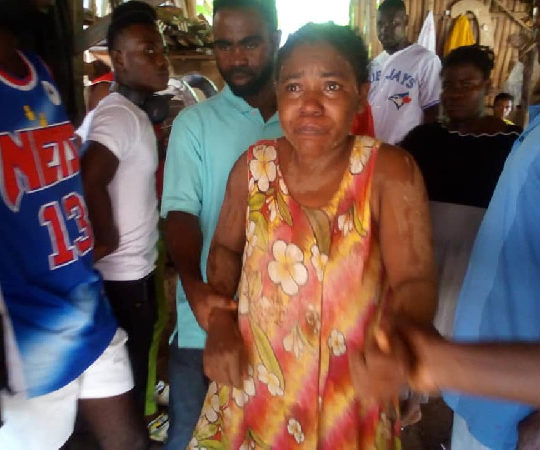 According to him, the Medical Officer who examined her at the Axim Government Hospital told him that the 28-year-old lady was never pregnant as she claimed.

“Yesterday, the BNI sent me a report that she has been found and is currently at the Axim Government Hospital where she was receiving medical attention. However, their preliminary investigation indicates that the story was just a mere fabrication. They suspect that this whole story was fake and that the Medical officer who looked at her said she is not pregnant and has never been pregnant,” he told Accra-based Kessben FM.

Josephine Panyin Mensah, the 28-year-old woman who was allegedly kidnapped in Takoradi even though she is carrying a nine-month-old pregnancy has been left unable to speak after she was rescued.

According to family members, she was found at Axim after her kidnappers apparently abandoned her after making attempts to take a ransom from some of her family members.

When the family members heard that he had been seen in Axim, they immediately went in search of her without informing the police. Upon finding her, she was sent to the Axim Government Hospital for medical examination. Notwithstanding receiving some treatment from the hospital, she is still unable to speak.

On September 17, 2021, her husband reported her missing. She had been out to take a walk but had failed to return. Later her alleged kidnappers called her mother-in-law to demand for a ransom so as to release.

But as the police and the family strategised on how to get her released or apprehend the alleged kidnappers, people said that they had spotted her in Axim.

I didn’t promise you roads – Madina MP to Danfa residents