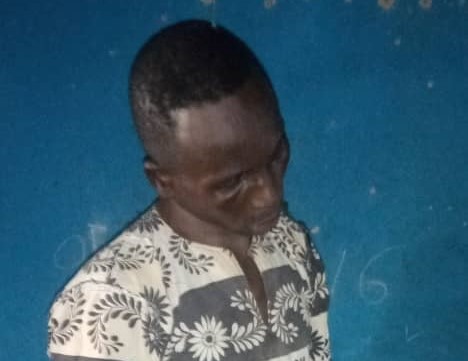 A 52-year-old man has allegedly committed suicide by hanging at Akyem Achiase in the Eastern Region.

This was after the Wife reportedly divorced the now-deceased man Kwame Kumi who lost his job due to severe waste pains and almost became bedridden.

Speaking to the media at Akyem Achiase, a brother-in-law to the now-deceased person Stephen Kwaku Agya Ofori said, the deceased was staying with him for a while to seek medical care after the wife divorced and stormed out from the house.

But woke up about 15 minutes to midnight only to find out that the man had disappeared from the room.

He searched the immediate environment but to no avail until the next morning when some children hinted that they have seen a man standing in an uncompleted building.

When the family proceeded to the scene, they found the deceased hanged himself with a rope.

The police were informed and the body was taken to the hospital for preservation.

The deceased left behind four children-two males and two females.

The 24-year elder son, Raphael Kumi was shocked that the father committed such an act since he did not show any signs of depressions and intention to take his own life.

The Eastern Region comes second to Ashanti Region which despite its higher population recorded 61 cases.

According to the Mental Health Unit of the Ghana Health Service (GHS) statistics reveal 417 suicide-related deaths have been recorded across the country.

“First half of the year 2021 has witnessed higher records of attempted suicide cases across the country with a total of 417 recorded deaths”. Faustina Nuako a mental health Coordinator said

VIDEO: Man bites off friend’s ear in a brawl over weed soup