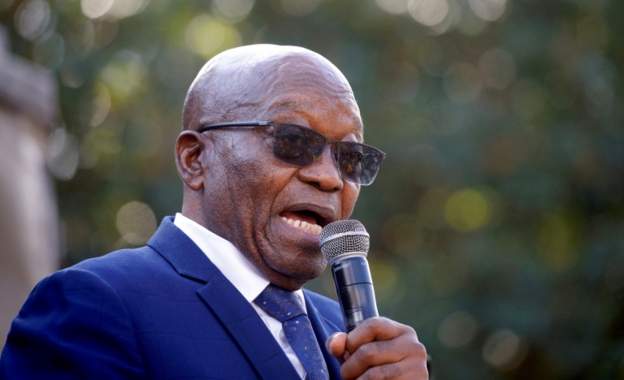 South Africa’s former President Jacob Zuma has failed to appear at the High Court in Pietermaritzburg for the resumption of his corruption trial.

His lawyer has told the judge that Mr Zuma could not attend for medical reasons. He is facing 16 counts of fraud and racketeering related to an arms deal in the 1990s.

He was recently granted medical parole and is recovering from surgery. His arrest sparked a wave of violence in which more than 300 people were killed.