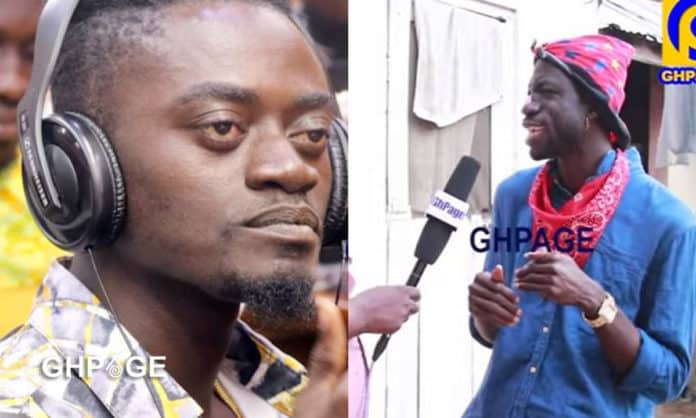 About a week ago, a viral video captured Dr Likee stylishly snubbing Lilwin when the latter was about to extend his hands in an attempt to shake him when they met at an event in Accra. Additionally, the two never spoke to each other all throughout the event.

The incident triggered speculations that the two actors may not be on good terms, compelling many to inquire about what really started their beef.

Adding his voice to the trending issue is actor Long Face who is also in the Kumawood fraternity and has insight into everything that goes on.

In an exclusive interview with GHPage.com, he revealed some deep secrets about his working relationship with Lil Win which made him cut ties with the popular actor.

According to Long Face, the highest amount of money he has received from Lil Win after working with him for 10 years is GHS300, adding that he does not support other actors to nurture their talents.

He added that Lil Win does not treat people close to him very well, contrary to speculations out there in the public that the comic actor is a cheerful giver and respecter of all persons.

Among other things, Long Face revealed that Lil Win snubbed him on several occasions every time he reached out to him for help.

Watch the full interview below

Lil Win in an interview argued that he is a legend in the movie industry and on a different level whiles Dr Likee is just a trending YouTube star.

Dr Likee on the other hand debunked all claims that he is not on talking terms with colleague Lilwin. According to him, everything is fine between them even though the viral video says otherwise.