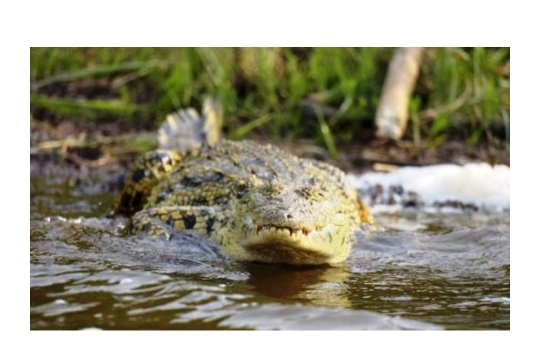 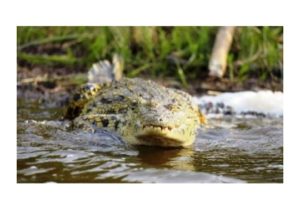 In a shocking incident, a huge crocodile was seen roaming on the streets of Dagomba Line, a suburb of Techiman in the Bono East Region, on Sunday morning.

Residents, who saw it at about 5:30 am, said it roamed the community while locals, including several children, followed it at a distance. 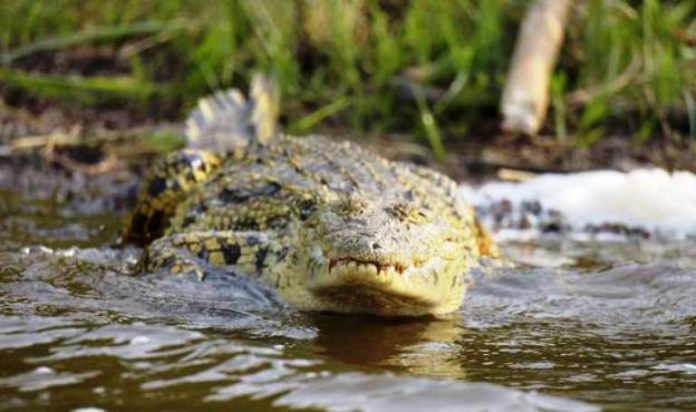 They managed to push it away from their houses until it found its way into an open gutter along the streets.

After nearly three hours and with the help of the locals, the crocodile was captured with a plastic barrel.

Witnesses expressed worry about the incident to Joy News and explained that they were scared to go out of their homes for fear of being attacked by the reptile.

“This is the first time we are seeing this, and so it’s shocking to almost all the people here. As we go back, we don’t know when another one would show up here,” one of them said.

Another witness said: “I’m terrified by this, and I hope this would not happen again.”

The crocodile is believed to have travelled from the Tano river, where the reptiles are often seen.