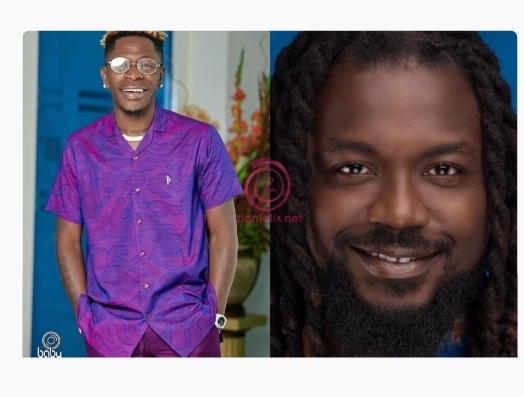 Ghanaian dancehall artiste, Shatta Wale has suggested that he doesn’t have time to respond to his colleague, Samini Dagaati.

A few days ago, Samini threw shots at Shatta Wale accusing him of tarnishing everyone’s image to elevate his. He also mocked the “Taking Over” hitmaker for struggling to get a hit.

Shatta Wale however ignored the “My Own” hitmaker to the surprise many.

When asked about Samini’s comments at Medikal’s concert held at Coco Vanilla in Accra, Shatta Wale said he will only respond to Samini if he can buy a role watch worth $55,000.

Shatta Wale added that Samini is “dead artiste” who doesn’t know what is going on in the industry. He also described him as a broke artiste who cannot pull crowd.

Simply, Shatta Wale is not ready to be replying disses from broke people.

To be a pastor Is no joke, I’m not ready to become one – Ceccy Twum