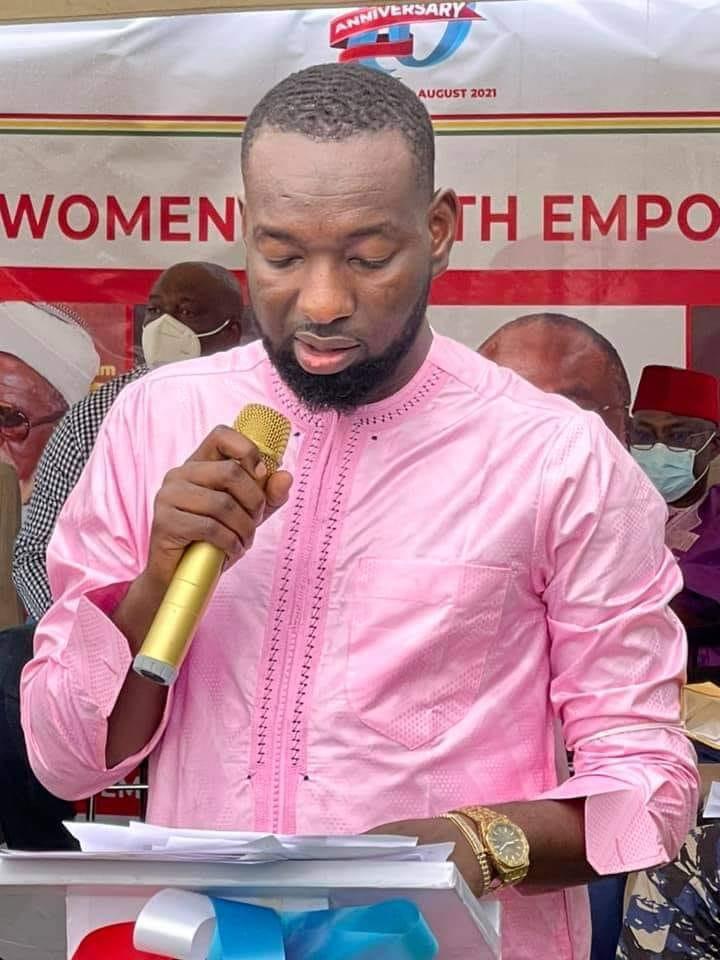 The Chairman of Afro-Arab Group of Companies, Alhaji Salamu Amadu has emphasized that Afro-Arab Microfinance, a subsidiary of the Afro-Arab Group will continue to empower women and youth in the country.

According to the Chairman, the concept behind the establishment of the Microfinance was to provide support to youth and women groups to develop their ideas into formidable businesses and be economically empowered to be self-sufficient. And as such, the company will continue on that trajectory without derailing.

“My dream for establishing this financial institution about a decade ago was to empower my dear brothers and sisters in the unbanked category especially those in the Zongo communities.

This dream and vision has not changed, Afro-Arab will continue to reach out to this women and youth groups,” he said.

The Group Chairman, Alhaji Salamu Amadu, made these remarks on the occasion of the 10th Anniversary Launch of the Afro-Arab Microfinance, which took place at the Afro-Arab Arena, Kokomlemle-Accra.

Touching on the theme for the 10th-anniversary celebration: “Women & Youth Empowerment” Alhaji Amadu, indicated that this is the surest way of creating jobs and reducing the unemployment rate among the youth and women groups.

Also speaking at the anniversary launch, National Chief Imam, Sheikh Osman Nuhu Sharubutu, commended the Group Chairman and Management of Afro-Arab for the tremendous work they have done in the past 10 years to help youth and vulnerable women in the Zongo communities.

He called for the support of the learned and well-to-do in society to emulate people like Alhaji Salamu Amadu who are doing well in the business environment to give back to society, as Allah is always ready to listen to the prayers of a cheerful giver.

Taking his turn, the Greater Accra Regional Minister, Henry Quartey, lauded Alhaji Salamu Amadu for his efforts to ensure the youth and women in the country gets something doing for a living.

However, he called on the microfinance institution to as part of its corporate social investment, concentrate on helping to make the Zongo communities clean and environmentally friendly for human living. Adding that it is the responsibility of everyone living in the capital that we make sure Accra is clean and working again.

“Continue offering hope to the hopeless and Allah (God) will never forsake you. Your positive impact on the youth especially in the Zongo communities will surely pay off.

Chairman for the African Business Center for Developing Education (ABCDE), Dr Ekwow Spio-Garbrah who served as the Chairman for the programme commended the Afro-Arab Group for choosing a theme that shows that he indeed believes in the youth.

Eric Mensah Bonsu, Director HR at the Ministry of Youth and Sports (MoYS) who represented the sector Minister, Mustapha Ussif commended the Afro-Arab boss for such initiatives that will benefit all.

The colourful event brought together the diplomatic corps, politicians, business moguls, traditional leaders, a rep from One Young World, scholars from the banking sector among other dignitaries.

Related Topics:Afro-Arab Microfinance will continue to empower women & youth- Group Chairman
Up Next