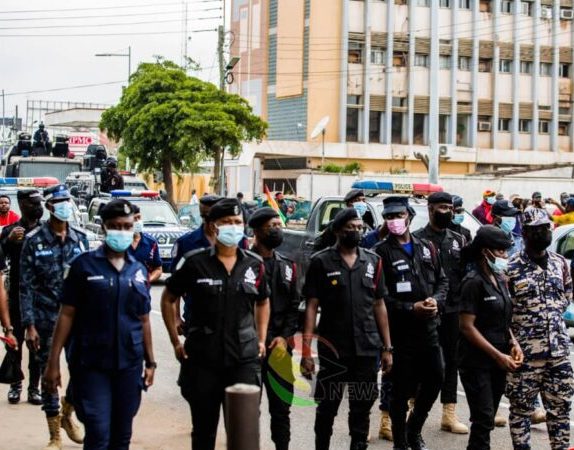 The National Security Coordinator has issued security alerts to all security councils across the nation ahead of the announcement of metropolitan, municipal and district chief executives (MMDCEs).

The alert, captured in the form of a memo, has the subject: ‘ANTICIPATING OF POSSIBLE VIOLENCE AHEAD OF THE ANNOUNCEMENT OF MMDCES’.

“There are indications of possible clashes ahead of the announcement of MMDCEs in parts of the country,” it stated.

“REGSEC, MUSEC and DISEC are hereby urged to be on high alert to pre-empt breach of peace in the respective areas.”

The announcement of the list is expected to be made on Sunday, September 19 by the Minister of Local Government, Decentralization and Rural Development, Daniel Botwe.

Already, pockets of violence have been recorded in some areas.

In Accra, for instance, some youth on Saturday, September 18 burnt tyres to protest the yet-to-be-known nominee of President Nana Addo Dankwa Akufo-Addo.

However, Chief Executive of the Accra Metropolitan Assembly (AMA) Mohammed Nii Adjei Sowah has called for calm and support for whoever the president nominates.