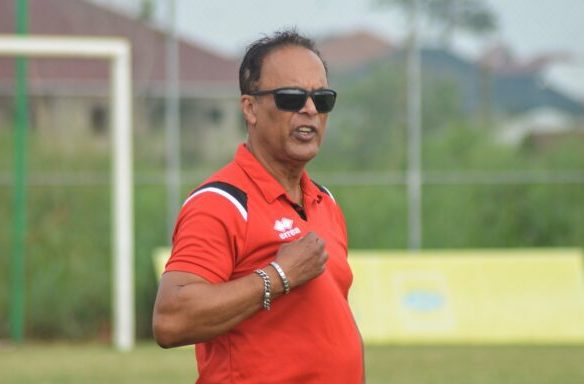 The Portuguese trainer is reported to have signed a termination agreement with management of the club on Friday, September 17.

The former Black Stars coach was contracted by the Porcupine Warriors in March, midway into the 2020/21 Ghana Premier League season.

Despite receiving a two-match ban and a fine of GH¢3,000 by the Ghana Football Association in the course of the season, he guided the team to second-place behind arch-rivals Hearts of Oak.

He also exited the FA Cup at the semi-final stage.

The former Black Meteors coach headed a technical technical team that had three assistant coaches including Johnson Smith, who was caretaker gaffer before his arrival.

Barreto’s future was troubled as he made some scathing remarks about the Reds after the season.

Just a week after saying Kotoko’s Adako Jachie training ground is unbefitting of a big club because players ease themselves in bushes, he told Kumasi-based Nhyira FM that the club “is only a big name and not a big team because they lack so many things a big team should be having”.

The club is said to be lining up a move for West African Football Academy (WAFA) coach Prosper Narteh Ogum.

Coach Ogum is expected to sign a three-year deal next week.