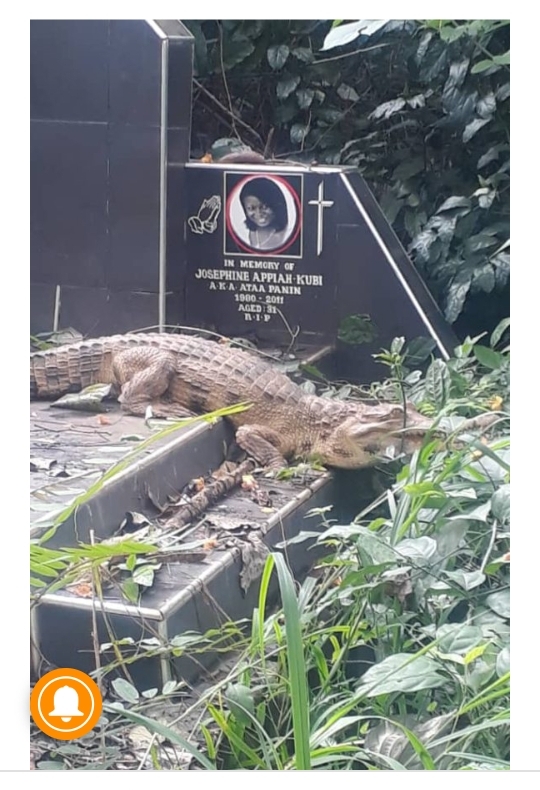 Residents of Chiraa in the Sunyani West Municipality of the Bono Region are living in fear after a crocodile was spotted at their community cemetery.

Some residents gathered at the Chiraa cemetery, Thursday, September 16, to have a glimpse of what they described as a strange crocodile which was crawling on tombs.

It is said that the graves were those of a renowned rich man and his two young daughters.

In an interview with Adom News, some residents gave spiritual connotations; they attributed it to the gods being angry with the community.

They expressed worry about the situation, saying they are scared to go out of their homes for fear that they could be attacked.

“This is the first time we are seeing strange things like this and we believe the crocodile might be coming from a nearby river in the community.

“Those who are not afraid have been able to get closer while others threatened to kill it but they are afraid the crocodile was sent by a ritualist,” a resident explained.

Meanwhile, the Chiraa Traditional Council, led by Chiraahene Barimah Minta Afari, has poured libation to appeal to the ancestors to forgive the community if they have not been of their best behaviour.

After the libation and other rituals, the crocodile went back into the bush.