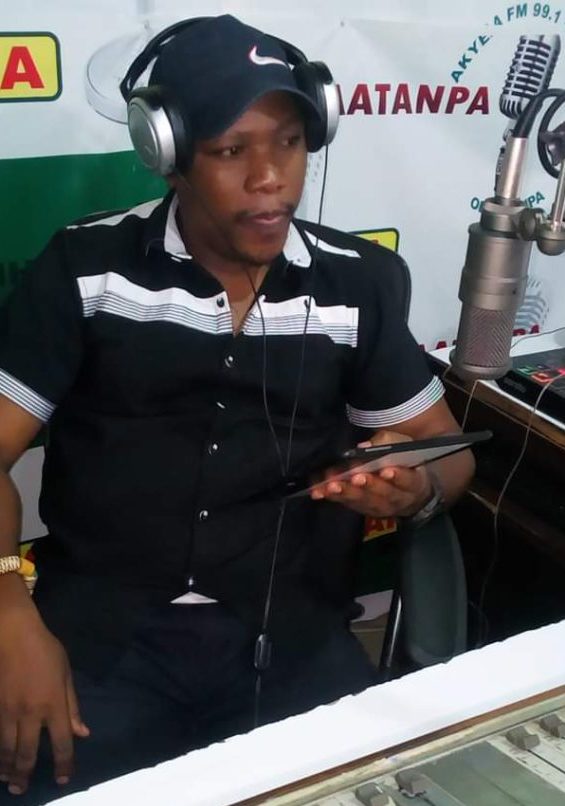 Sources say he died from high blood pressure at the Komfo Anokye Teaching Hospital where he had been transferred for treatment.

The 38-year-old former broadcaster began his journey in the media from Kiss FM, then moved to Radio Omega, and then to Gift FM at Dormaa Ahenkro. He subsequently moved to Akyeaa FM where he worked for three years.

Searching for a new challenge, he decided to move to a new radio station owned by the current Minister of Health, Kwaku Agyeman Manu at Dormaa.

But unfortunately, he could not even start test transmission with his new employer before he died.

He was not married and had no child.

His body has been deposited at the Sampa Government Hospital morgue.

Akyeaa FM reporter, Adoko Billy Roger, reported that a large crowd of mourners wept uncontrollably when the body of the late Presenter, who was described by many as a friendly and kind person, arrived in his hometown, Sampa.