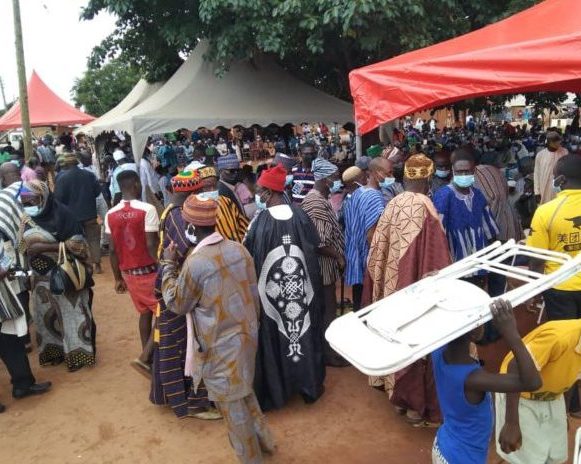 Walewale in the North East Region has been thrown into a state of mourning following the death of Vice President Dr Bawumia‘s mother, Hajia Mariama Bawumia.

The burial, currently underway in the town, has attracted a mammoth crowd from far and near to pay their last respects.

Scores of dignitaries have also trooped to Dr Bawumia’s family house at Kperiga to commiserate with him.

Mourners from all political divides, state agencies, among others have joined the bereaved family to give Hajia Bawumia a befitting burial.

According to reports, she had been unwell and hospitalised over the past few weeks.

She was in Accra for medical treatment when she gave up the ghost.

Watch the video attached below: