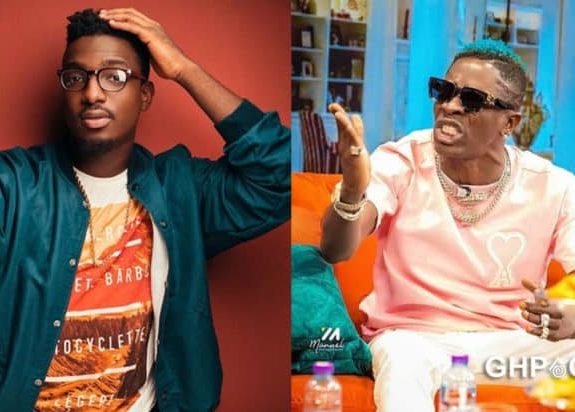 Earlier, Shatta Wale made a controversial submission on his Snapchat that some Ghanaian music video directors shoot videos to compete with international stars like Jay Z and that he has been making his money through the same videos some describe as poorly executed.

In reaction to this, David called Shatta Wale “one big empty barrel” for constantly making condescending statements towards his colleagues and consequently lamenting about the underperforming state of the Ghanaian music industry.

“Same artist will rant about how the industry is struggling but yet tarnish and insult everyone. This behaviour of his greatly discourages investor confidence and cripples the entire Ghana music industry.

Speaking in an interview with Andy Dosty on Hitz FM Wednesday, Shatta Wale resorted to self-aggrandization with his wealth and assets while calling the achievements of David Nicol-Sey into question.

He bragged about having seven houses and heavily loaded bank accounts but Nicol-Sey who criticized him has none.

Shatta Wale went on to ask David Nicol-Sey to retract his statement and apologise to him.

Listen to the interview below.

Following Shatta Wale’s submission on radio, Nicolesey took to Twitter to also give him his two cents.

“Shattawale’s argument on the radio today was very baseless and childish honestly. As a ghetto youth leader, you should be offering these young kids alternatives to make money genuinely if you’re claiming music isn’t bankable but yet your current success is owned to music

“That all stakeholders support in creating value for the Ghanaian music industry. What Ghana music needs most are experienced executives who can aid in propelling value and making the music industry bankable

“A large number of the Ghanaian youth are hopeful that their musical endeavors will someday yield them their financial independence as a business. These Young aspiring Musicians use music as a haven to stay away from getting involved in criminal activities. So it’s imperative

“I’m stunned by his shallow arguments. Yes, you own 7 houses blah, blah but how does that benefit the ghetto youth and your fans? Would you share your house with them? Would you support in taking the street boys off the streets while you sleep in your mansion comfortably?

“You claim “God has blessed you” through the same “music” you’re destroying for the young artists!”