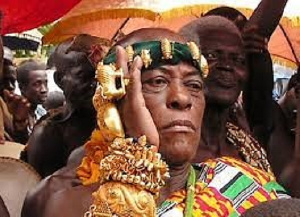 Activities such as widowhood rites, the use of beer, and other drinks to serve mourners, special cloths, and t-shirts in relation to funerals have been banned in the Agogo Traditional area.

Also, week-long observances of the death of a person that have recently become conventions have been reduced to a 4-hour ceremony; that is from 6:00am to 10:00am, Graphic online has reported.

All these, according to the Agogo Traditional Council, are part of reforms to ensure that lavish funerals are curbed in the area.

The Omanhene of the Agogo Traditional Area, Nana Kwame Akuoko Sarpong, who chaired the meeting that concluded on these decisions, evaluated a month’s piloting of the reforms before arriving at the conclusion, the report added.

They concluded too that the reforms had already led to a drastic reduction in the cost of funerals.

Nana Boakye Yiadom, who is the Akyeamehene (Chief Linguist of the Omanhene), added that the Council, in its wisdom, had also agreed that such expensive funerals should no longer be entertained in the entire country, particularly because of the economic downturns the country is faced with.

He however stated that the reason there was a month-long piloting of these decisions was because the Council did not want to make the measures an imposition on its people.

“It is unacceptable that many people defy their poverty to stage lavish funerals, and Nananom will no longer tolerate that,” he said of the age-old practice of widowhood rites.

Also, he explained that in the place of drinks that are served to mourners at funerals, water should become the new arrangement, so as to save families the burdens on spending so much on them.

“We are doing this because we want bereaved families to cut unnecessary spending on drinks,” he said.