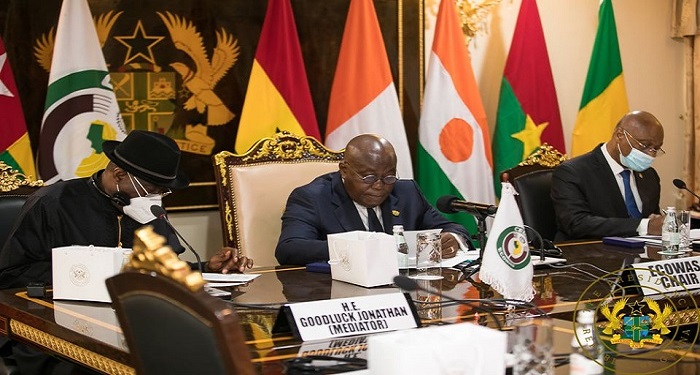 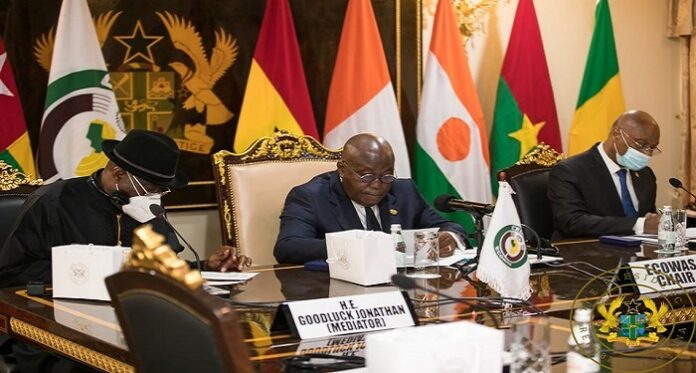 President of the Republic and Chairperson of the Economic Community of West African States (ECOWAS), Nana Addo Dankwa Akufo-Addo, will Wednesday, August 08, 2021, chair a virtual emergency meeting of ECOWAS Heads of State and Government to take action on recent political developments in the West African state of Guinea.

The Military in Guinea seized power in Guinea on Sunday 5th September 2021, and arrested the third term President of Guinea, Alpha Condé.

The Military junta subsequently suspended the constitution and promised to return Guinea to constitutional rule in the shortest possible time.

Speaking to the presidential press corps at the Jubilee House on Wednesday, September 07, 2021, the Director of Communications at the Jubilee House, Eugene Arhin, said the President and his colleague Heads of state in the West African sub-region are determined to ensure that democratic rule is restored in Guinea.

Mr. Arhin in his address announced that the Prime Minister of Ethiopia, Abiy Ahmed, is in Ghana for a three-day state visit to deepen relations between Ethiopia and Ghana.

The Ethiopian Prime Minister’s visit comes on the back of ongoing fighting in northern Ethiopia, between the military and Tigray rebels. The Ethiopian conflict has been raging for 10 months, pushing hundreds of thousands of people into conditions of famine.

VIDEO: Two women beat a man for allegedly trying to woo a schoolgirl in trotro