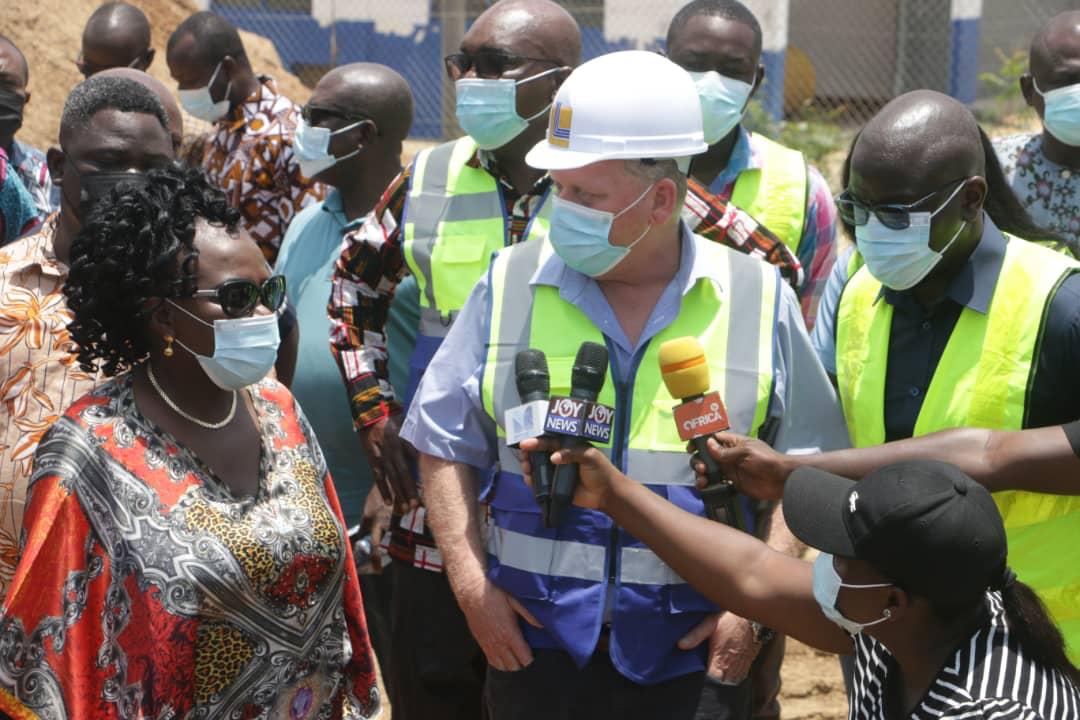 The government is determined to ensure that by the year 2023, 5.7 million Ghanaians are put onto its ongoing water projects across the country.

She said these included water projects in Keta, Damongo, Tamale Water, Sekondi, Wenchi, Yendi and Sunyani.
According to Minister for Sanitation and Water Resources (MSWR), Mrs Cecilia Abena, this was no mean achievement.

“That is why I am proud to say that the government is on track to achieve the Sustainable Development Goal (SDG) 6 for water and sanitation,” she averred.
Mrs Dapaah was speaking to the media on Wednesday, September 8, 2021, during a working visit to the Keta Water Supply System in Keta in the Volta Region.

However, she warned that no agency should be seen impeding the progress of the work.
The Keta water project, she said, was taken to Cabinet by her outfit, and then Parliament gave its approval which finally saw President Nana Addo Dankwa Akufo-Addo okay it.

“Value for money was done. So everything is under scrutiny and we pray that the 30 months given for the execution of the project would be adhered to so that they will be no delays,” she intimated.
She added that her outfit also insists on quality of work, hence commended the chiefs and traditional rulers for their supportive role, especially in the provision of land for the project.

In this regard, Mrs Dapaah urged the Ghana Water Company Limited (GWCL) in the area to ensure that compensations are paid to persons affected by the water project.
“We don’t want any hitches that will bring about delays,” she noted. 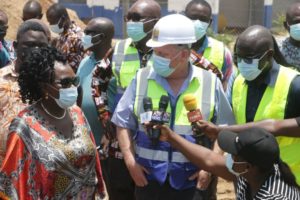 She was also happy that provision has been made for workers to stay on site to ensure that the project is completed on schedule.
“It is also good that we have workers staying on site, and also to hear that the old bungalows are going to be rehabilitated and made fit for purpose for the workers,” she expressed.

She indicated that expansion works will be carried on the water plant built in the year 1996, which benefit will inure to over 422,000 people.

Mrs Dapaah affirmed that the government’s “mantra of water for all” was not just a slogan.

“If people say we are sloganeering it is not true. It is not factual; everything that we say we try to do them. So work has started and very soon we will see action here,” she assured.

She reiterated that the doors of her ministry were always opened to GWCL staff members at the site, contractors and consultants on the project and the DCE.

This, she pointed out, was key because it was an ongoing project, adding that “it is the policy of government to make sure that all hamlets and towns en route of our [water] projects are served.”

For his part, the acting General Manager of GWCL at Keta, Dr Remy Puoru, was full of praise for the government following its initiative to rehabilitate the Keta water project.

Related Topics:‘5.7M To Benefit From Government Water Projects’
Up Next

Kennedy Agyapong sues Kelvin Taylor for defamation in US court

Akufo-Addo appoints Paul Adom Otchere as Board Chair of GACL