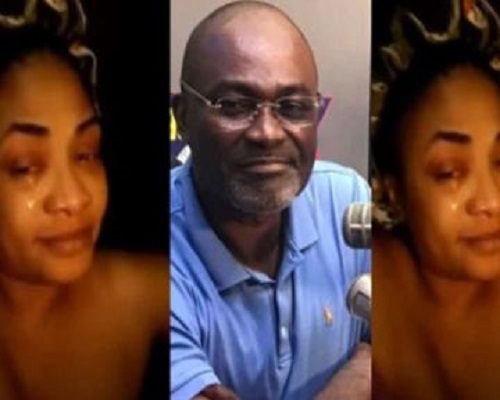 Baby mama of Kennedy Agyapong, Moira Dawson has posed an intriguing question to the father of her first born.

In a rant on her Facebook page she asked Kennedy Agyapong about a certain cocaine which was seized in 1994.

According to Araba Dawson on September 1994, cocaine was bursted at Kotoka International Airport.

In a post she is asking Kennedy Agyapong who was the culprit in the 1994 cocaine story.

In another post she said the husband she married after breaking up with Kennedy Agyapong was arrested in a drug deal and he did 3 years.