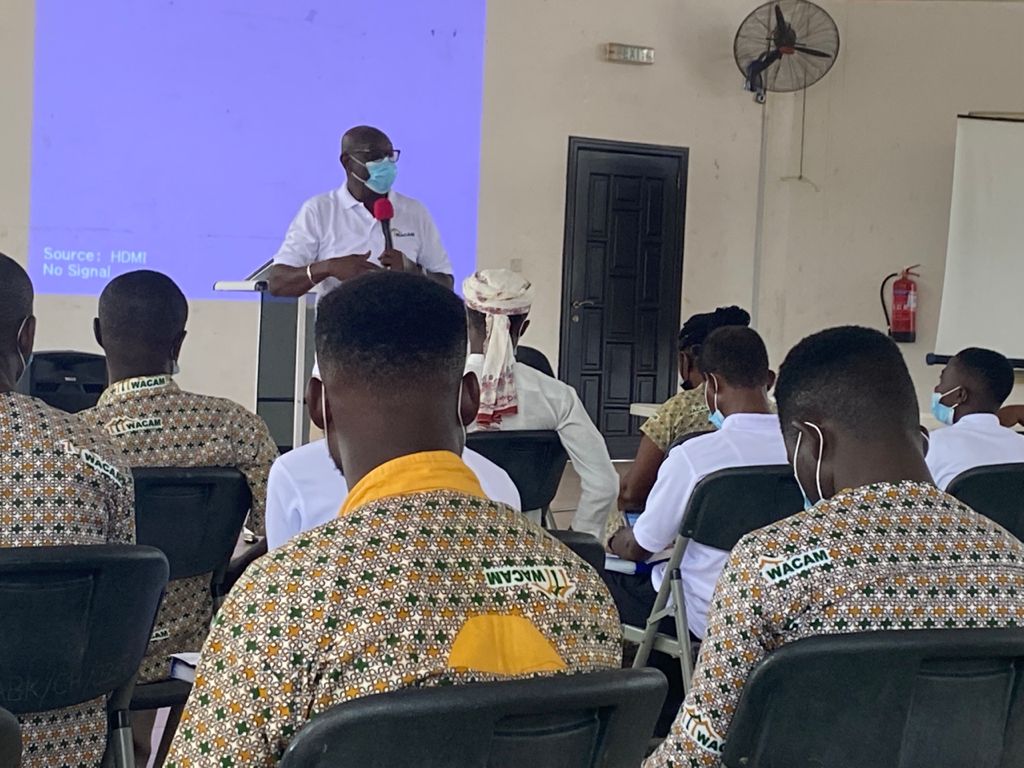 The Executive Director of Wacam, Mr Daniel Owusu-Koranteng, has underscored that the focus of Wacam, since its inception, has been to impart knowledge to people in mining communities in the country.

This, he said, has given them adequate knowledge to be able to stand and defend their rights in the wake of mining operations. 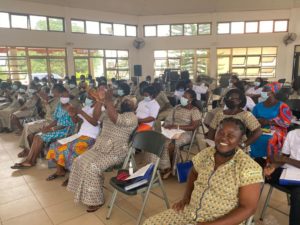 Wacam members who attended the women and youth conference

Mr Owusu-Koranteng made the observation on Monday, September 6, 2021—the first day of Wacam’s three-day 6th Annual Conference—in a presentation on “Wacam’s Advocacy Model” at the GNAT Village in Ejisu Abankro near Kumasi in the Ashanti Region.

The 6th annual conference, which coincides with Wacam’s 23rd anniversary, is on the theme: “Celebrating Wacam’s Mining Advocacy Achievements: The Role of Mining Communities.”

Monday’s activities which included a women and youth conference, and elections of new leaders for Wacam women and youth groups brought together various community groups.

According to Mr Owusu-Koranteng, Wacam employs a three-prong approach in its advocacy work.

This, he mentioned, include advocacy at the community, national and international levels.

“And we have adopted these approaches all in an effort to bring about a positive change in our mining, oil and gas communities,” he averred.

He pointed out that mining is a “technical business” that required education to make one informed to be able to stand up to these mining companies.

Furthermore, Wacam’s executive director stressed that it was only when residents in mining communities have been empowered with knowledge that they will be able to take on mining companies when their rights are being trampled upon.

He said the foundation of his outfit’s mining advocacy has been the need to see improvement in the living standards of people living in mining localities.
That, he asserted, continues to be the heartbeat of Wacam, adding that the NGO also factors the youth in its scheme of operations.

This is to ensure that the youth in mining communities are armed with information to secure their futures, he added.

Wacam members were also encouraged to continue obeying the Covid preventive protocols, especially in the wake that the virus was still lurking in the country.

Later, Mr Owusu-Koranteng swore in the newly elected women and youth executives.
While urging them not to sleep on their jobs, he entreated Wacam members to rally behind the new leaders to enable them help build a more vibrant organisation.

Pix: Mr Owusu-Koranteng, Executive Director of Wacam, giving a presentation at the women and youth conference on the first day of Wacam’s 6th Annual Conference

Related Topics:ashanti regionEjisu-AbankroWacam Is A Knowledge Imparting Group —Executive Director Story: From Ato Keelson
Up Next