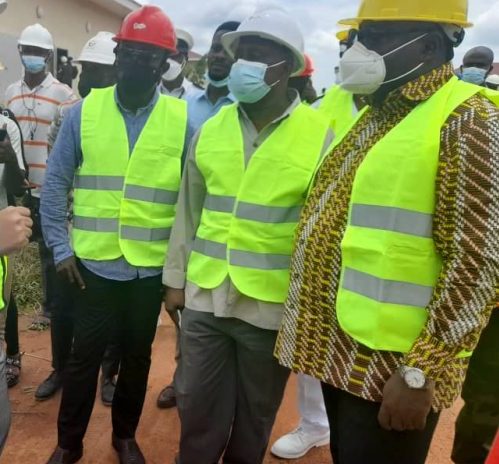 The Deputy Minister of Defense, Hon. Kofi Amankwaa Manu, has disclosed that the Afari Military Hospital project will soon be ready for operational activities.

According to the minister who doubles as the Atwima Kwanwoma Constituency Member of Parliament, the recent much talked about health facility will be commissioned for use within four months from now.

He mentioned on Kumasi based Akoma Fm that although the project has suffered several setbacks, it will be completed by the end of 2021 and “several speculations making headlines that some hospital equipment have been abandoned is nothing but fabrications”.

The 500-bed capacity facility was initially planned to be sited at Tamale but was later relocated to Accra and then pushed to its current site at Afari in the Atwima Nwabiagya South district of the Ashanti Region.

Construction work are still ongoing at the project cite. The Afari Military Hospital project began in 2014 and was expected to be completed in 2016 but has delayed due to contract revision.

Again, due to tax exemption and other bureaucracies, the project stalled and works resumed after 2017.

Hon. Amankwaa Manu, has since assured the good people of the Ashanti Region and Ghana that “the much-awaited Afari Military hospital will be ready by end of 2021, for the good of us all “.

He added “let’s all keep our fingers crossed and be hopeful that the health fortunes of Ashanti Region will turn around for good.”

Recently, some media outlets reported that some cylinders and medical equipment have been left to the mercy of the sun – as construction works at the Afari Military Hospital has halted, he therefore explained that construction is ongoing and the project has not been abandoned as speculated.