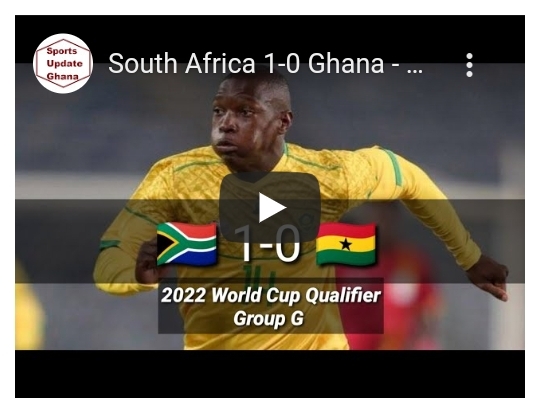 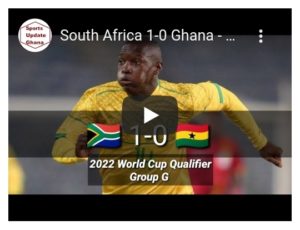 South Africa has taken the top spot in Group G of the Africa World Cup qualifiers after defeating Ghana 1-0 on Monday evening.

The Bafana Bafana today hosted the Black Stars at the FNB Stadium in a crucial second game of the qualifiers.

Putting up a top performance at home, South Africa managed to cruise to a narrow 1-0 win at the end of the game courtesy of a goal from Bongokuhle Hlongwane

Today’s defeat sees Ghana suffer a setback as far as progressing from Group G is concerned. The West African nation drops to second in Group G after two matches having picked three points from a possible six.

For South Africa, the side has won its first match and as a result, now has four points from the first two matches.

The result from today’s game means that the Bafana Bafana are in a good position in their effort to progress to the next stage of the World Cup qualifiers.