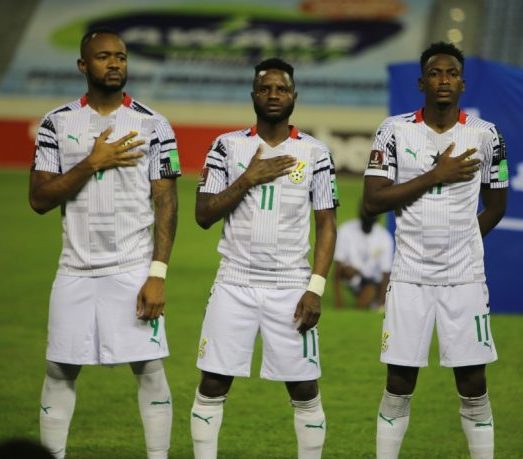 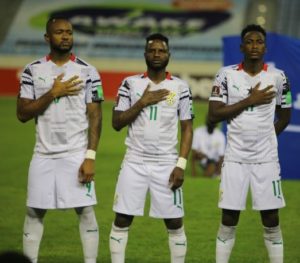 Ghana earned a 1-0 victory over Ethiopia thanks to a howler from visiting goalkeeper Teklemariam Shanko as Black Stars got their 2022 FIFA World Cup qualifying campaign off to a winning start on Friday evening at the Cape Coast Stadium.

Despite Ghana’s dominance, they had failed to trouble the shot-stopper until Mubarak Wakaso hit a shot from long range which Shanko let the ball through his hands and legs into the back of the net.

The 34th-minute goal settled the encounter in favour of Charles Akonnor’s side who are now top of Group G after South Africa and Zimbabwe played out a goalless draw earlier in the day.

Ethiopia came close to snatching a point in the dying embers but goalkeeper Richard Ofori who was making his first Black Stars appearance since December 2020, made a good save and was helped out by Leicester City defender Daniel Amartey who prevented a rebound.

Shanko was substituted a minute after the halftime break with his replacement Fasil Gebremichael saving Jordan Ayew’s well-taken freekick close to the box before he pulled off a double save in the 73rd minute to deny Yaw Yeboah and Andre Ayew respectively.

The Black Stars got the job done by taking three points but Akonnor knows there is a lot of work to be done because his players were not convincing. They must improve in the next game against South Africa scheduled for Monday, September 6.

Akonnor will send a depleted squad to Johannesburg. Jordan Ayew, Daniel Amartey, Baba Rahaman, Andy Yiadom and Jeffrey Schlupp – all five who started today’s game – have been ruled out because South Africa are on UK’s Covid-19 red list.

Germany-based duo Daniel Kofi Kyereh who made his debut on Friday and Braydon Manu are also out of the clash due to the same reason.

Kwadwo Asamoah among high-profile players without a club