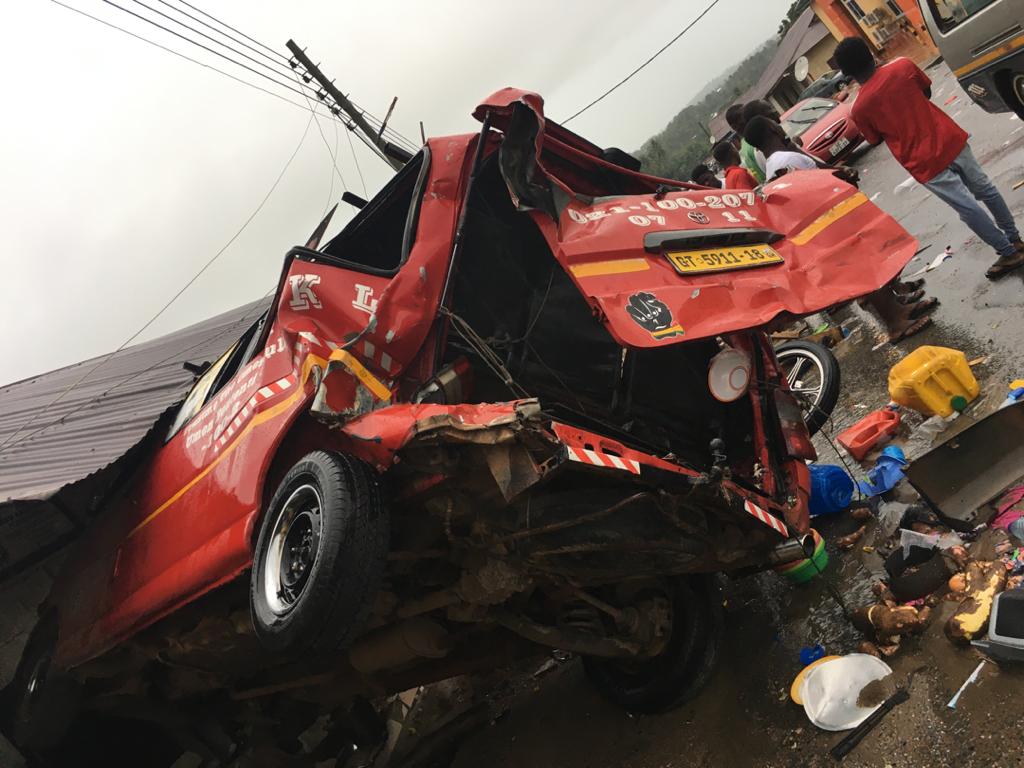 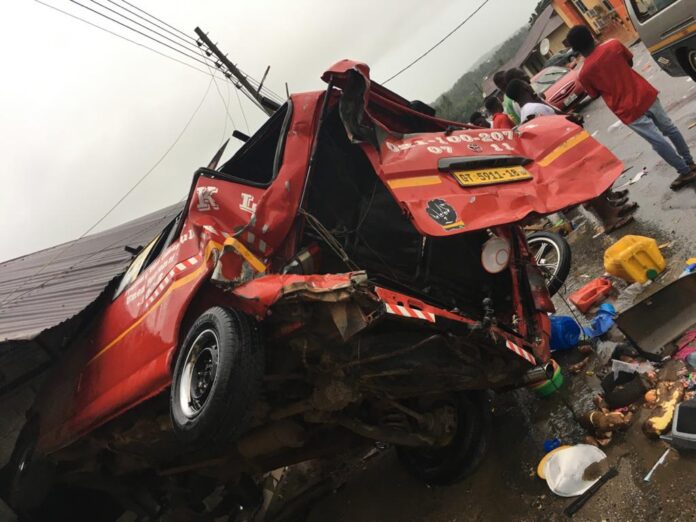 A shop attendant is feared dead while over 20 persons including a pregnant woman have been injured in a multiple vehicular crash at Adeiso in West Akyem District in Eastern Region.

Three of the injured including the pregnant woman are in critical condition hence referred to Nsawam government hospital.

“About 21 and over victims have been rushed here, we are referring 3 including a pregnant woman to Nsawam hospital because two had a compound fracture. We are managing the rest of the cases here,” Kudji Wissih Principal Physician Assistant at Adeiso Health Center told the media.

The impact of the crash forced one of the cars to ram into a shop killing a female occupant.

According to an eyewitness, “the KIA Rhino truck which was transporting Sachet water had brake failure from the Police station area so when it got to the exit of the lorry station it crashed the gate of a sprinter bus vehicle, crashed two other vehicles. The impact forced one of the vehicles to run into a shop killing a female occupant in the shop. The KIA Rhino violently surged forward and crashed another vehicle getting to Bawdjiase Junction. Many people are injured. There were some Okada riders parked at the roadside” .

Road accidents have killed a total of 342 passengers in the Eastern region from January to July this year.