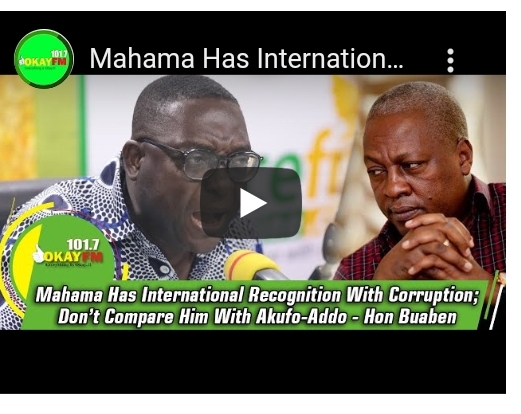 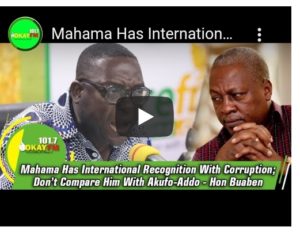 According to him, fighting corruption in the country is not about who can shout the loudest in the media, but rather, about implementing measures to make corruption an unattractive venture for people to engage in.

His remarks appear to be a veiled dig at the NDC’s press conference held Monday, August 30 where the opposition party took the current administration to the cleaners for institutionalising the canker.

That press conference – by the opposition – was in response to an earlier one organised by the ruling party last week, which was a reaction to some allegations made by the NDC 2020 Presidential candidate, Ex-President John Dramani Mahama on his Thank You tour.

The NDC’s Communications Officer, Sammy Gyamfi, was of the opinion that failure to vote against the NPP in 2024 will lead to further dissipation of the public purse.

“Former President Mahama echoed the sentiments of the vast majority of Ghanaians who feel scandalized by the unbridled corruption and plain thievery that has become the hallmark of the Akufo-Addo/Bawumia NPP government.

“The alarming case of corruption under this government is such that Ghanaians cannot wait to exact accountability by voting out the NPP after their eight year tenure in 2024.

“Anything short if that will spell doom for the public purse which will be subjected to further abuse should their mandates be renewed beyond 2024.”

But speaking on Okay FM’s ‘Ade Akye Abia’ Morning Show, the former Adenta Member of Parliament touted the government’s achievement in the fight against corruption.

“Was it not John Mahama then Vice President under late former President Mills administration that the issue of Embraer plane scandal-hit to the extent that then-President Mills set up a committee to investigate him?”, he rhetorically asked.

Source: peacefmonline.com
Related Topics:acclaimedASAsamoaBuabenCorruptinternationallyISmahamandcREPLIES
Up Next

I will not seek parliamentary re-election in 2024- Kennedy Agyapong