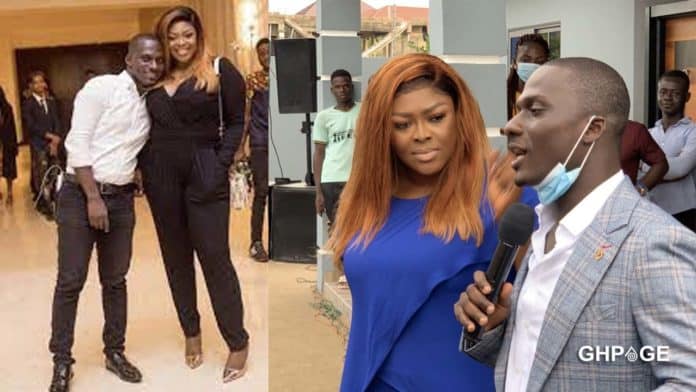 Readers would remember that some months ago, Zionfelix was in the news for allegedly marrying a Gospel musician identified as Erica who is based in Italy.

Zionfelix however denied marrying any woman stating that his girlfriend is no other than make-up artist Minalyn Lawani known as Minalyn touch.

Well, in a post by Thosecalledcelebs, Minalyn has given birth to a baby girl a few days ago.

She posted: “Now that de blogger wife allegedly given birth to a baby girl…the senior woman tho lets pray de junior woman n berg give birth to a boy…Opana has used one stone to k*ll two birds….I will do some”

Moesha Boduong spotted in church for the first after battling depression